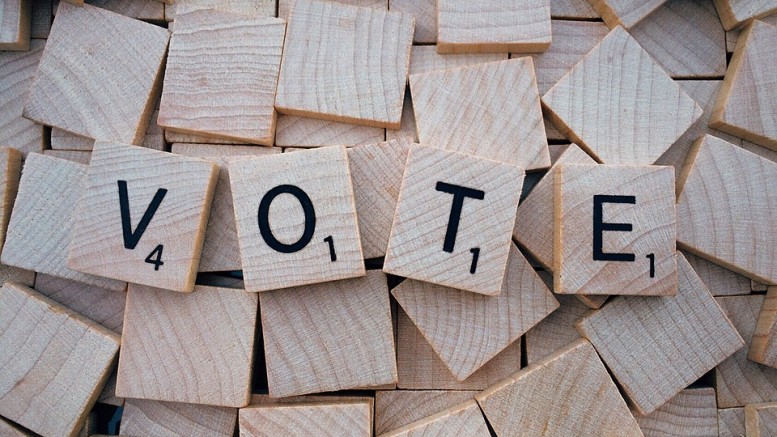 Now, I know many of you will not vote today. Voter turnout in the United States is notoriously low, especially in primary contests. And even with year seeing an uptick for Democrats and record turnout for Republicans, the odds are still not in my favor that you will. However, that does not mean you shouldn’t.

See, I know your arguments against voting, and right now, I’m going to take a moment and dispel them once and for all.

1. The system is rigged so my candidate won’t win.

To start, if this were the case Bernie Sanders and Donald Trump would not have gotten nearly as far as they have now. Both are outsider candidates who’ve done nothing but anger the party elites. Both have succeeded in a number of primaries, despite facing off against candidates who, at the beginning of the election season, were slated to take the crown easily.

Now, with Trump, the rug has already been laid for the nomination, and it would take an almost infeasible rally for Cruz or Kasich to catch up. So if there’s to be any coup, it will happen at the convention.

As for Sanders, he currently has 1,208 pledged delegates to Hillary Clinton’s 1,443. This is a substantial deficit, but one he can recover from, especially with states with proportional delegate allotment (of which Maryland is one). And even if Sanders does lose, it will not be because the system was rigged; the fight he has put up this primary season has been more than was ever expected, and any loss will be due to a number of factors, of which rigging will have been none.

Well, firstly, if you want to vote third party, there are also third party primaries, including one hosted by the Green Party (more info on that HERE).

Secondly, I know there’s a revolt against “lesser evil,” politics this year, but there’s a harsh reality that you’ll never find a politician who you agree with 100%. It’s just not how life or voting works. So pick the person you most agree with, be they Democrat, Republican, Green or Objectivist party.

Lastly, you’re not only voting for president today. You’re voting for House Representatives, Senate Representatives, and often a number of more local or state positions. In McDaniel’s House District, we are currently engaged in the most expensive House race in the nation. Likewise, the state of Maryland has seen a contentious Senate Race for the seat being vacated by longtime Senator Barbara Mikulski.

3. I don’t want to vote, I want a REAL revolution.

Now, I am going to stop you right there, Mr. Straw Man making this claim. Yes, voting only exacts, at most, slightly beyond moderate changes. Yes, the US political system has redoubts against most forms of radical change, and yes, the fact that a decision like Citizens United will be so hard to overturn illustrates a key issue with how the Supreme Court is set up (we’ve been here already, look how long it took to overturn Plessy v. Ferguson).

But what does a REAL revolution mean? Does it mean a complete overthrow of the US government, a destruction of the system established in the US Constitution? Or does it mean an ousting of all current political elites, and the reestablishment of a government that fits YOUR strict interpretation of the Constitution.

Either way, what you are asking for is nothing less than ludicrous. Revolutions are not peaceful and easy affairs. The American Revolution was arguably one of the more moderate and civil revolutions of its era (especially compared to its French counterpart), and even it cost hundreds of thousands of lives. What you are asking for is, quite likely, the creation of something much worse than what you wish to rid yourself of.

Now maybe you’ll think I’m being hyperbolic in stating this is an argument; but sadly, I know and have seen people make it.

Ok, this is a valid concern. You may be working, or in class, or may not have transportation. But make an effort to get to your voting place. Get a ride, take the bus, do whatever you can.

Because Bernie Sanders is correct when he says the poor and working do not vote. The time and transportation it takes to get to the voting booth often prevents them from doing so. But they are the people who need to be voting most, given that theirs are the voices most often unheard.

And take advantage of candidates who send around people offering rides. You’re not obligated to vote for Hillary if her campaign gives you a ride, but believe me they’ll give you the ride all the same.

Honestly, I can’t help you here. You have actually been disenfranchised from voting, and there’s little I can do to help besides recommend you contact the ACLU or a similar organization about your situation.

These are a few myths I wanted to dispel today about why you think you shouldn’t vote. Were some hyperbolic? A bit sarcastic? Sure.

But here’s the reality. You may think America is the pinnacle of capitalist scumbaggery, a land of Western neo-imperialism, white supremacy, and corporate involvement in the government. Or you may believe America is a country ruined by PC Liberalism and pacifism, ideologies that trample on the rights bestowed upon us by our Founding Fathers in the Constitution.

But you live in a country where, unless #5 applies, you have the right to vote. Multiple times a year, you get to go into a voting booth and choose your leaders, in an election that may lean heavily on two parties, but is far from rigged. And so go out tomorrow, get in an election booth, and exercise your right to have a say in the politics of your country.