A lot has changed at McDaniel over the years, but certain things will always remain the same: slipping down the steep steps that give the Hill its name. Here are some snow days throughout the years.

“Coasting,” or sledding, has always been a favorite wintertime activity, even in the 1920s. Students and faculty alike gathered around the football field to enjoy sledding and ice skating. “The natural conformity of the big bowl” allowed for “the more daring of the sledders [to] plunge down the hill, strike the sharp declivity near the base, and shoot out over the ice to land on the field below.” Ice skating became available when the field flooded and inevitably froze over. The College hoped to continue similar snowy sport in the future. 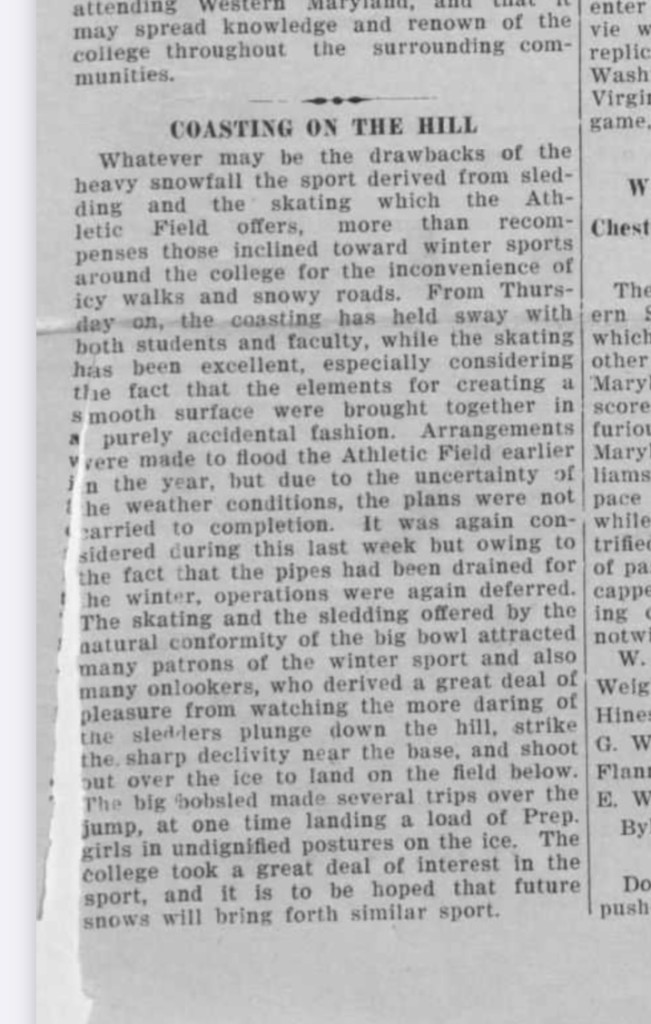 December of 1952 brought with it the first snowfall of the school year. Amid students throwing icy snowballs and staying inside to keep warm, a group of male students built a curvy “snow girl” upon a wintry pedestal, providing great entertainment for the girls living in McDaniel Hall. Every window was filled with girls’ faces watching intently as the “architects” worked their magic; the model is still unknown to this day. 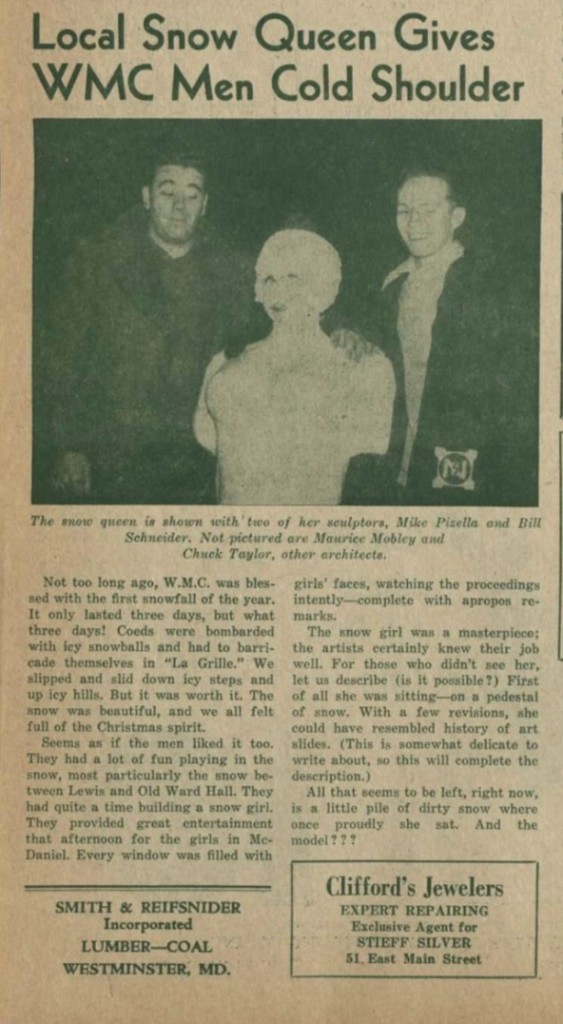 When “Snowmageddon” bombarded the east coast with two feet of snow and a week of cancelled classes in 2010, the Free Press was ready to cover all the action. In Englar Dining Hall, “the lines were long, the conversation was loud, and the food went fast.” The article includes quotes from students who were both excited to relax during the mini break and annoyed at the thought of digging their cars out of the blizzard. Pictured in the centerfold, McDaniel’s bravest took the opportunity to snowboard down the hill between Hill Hall and Whiteford Hall. 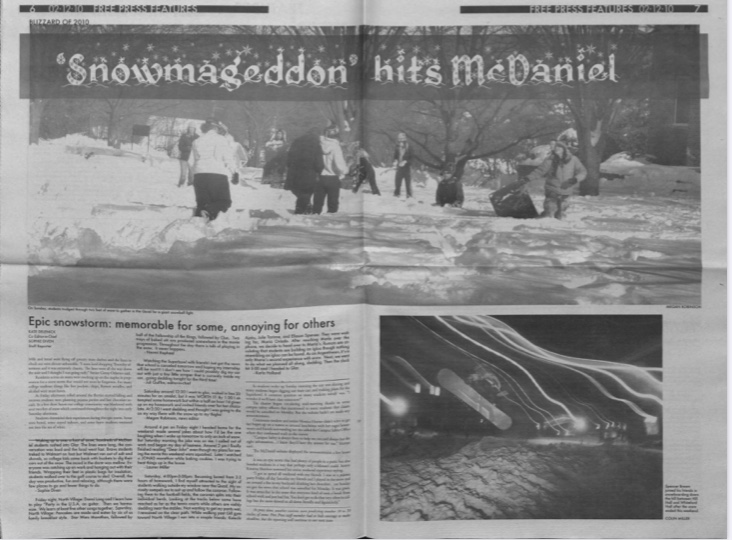 Where in Westminster: The Carroll County Farm Museum