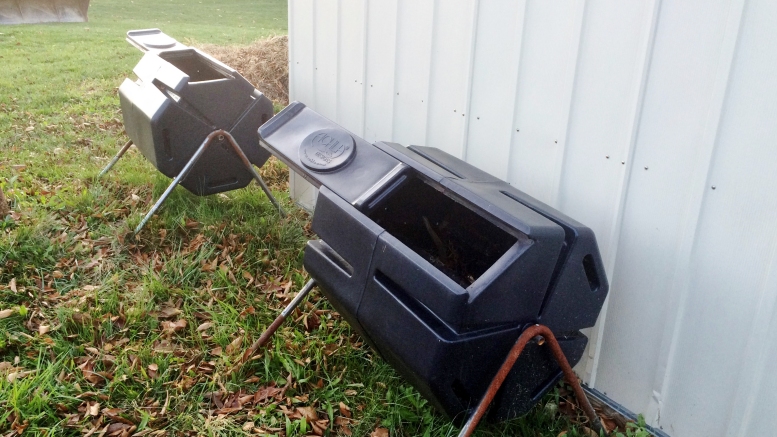 In today’s world, recycling and composting are no longer novel ideas. For decades now, counties, cities, towns, and municipalities have had programs in place to filter out one or both from trash landfill. Many of these have been quite successful, eliminating not only recyclable materials, but food and yard waste as well, in the form of compost.

Carroll County instituted its first recycling program in 1984. Four years later, the first laws governing recycling were put in place. At the time this was a big step for the county.

Since then, not much has happened in terms of a waste revolution. While governments around the country have stepped up and instituted regulated composting programs, Carroll has yet to do so.

However, the problem is recognized within the state of Maryland and the county.

According to the Maryland Department of the Environment, 28 percent of waste in 2012 came in the form of food scraps and yard trim nationwide.

The rates for food scraps was even higher in Maryland.

The Department estimates that 2.3 million tons of compostable material was generated that year, yet only 842,000 tons were recycled. It is recognized that this is an underestimate, not accounting for private composting which has become increasingly popular.

The rate of yard trimmings recycled in that 842,000 tons came to 70.9 percent thanks to city sanction curbside pickup programs. The food scrap rate only reached 8.5 percent as this waste wasn’t as fully included in the programs.

Of the 13 facilities that accept compost in Maryland, only four will take food scraps.

A similar yard waste/mulch program like the above has taken off in Carroll County. Yard waste currently takes up about 20 percent of the landfill.

According to Carroll County Waste Management, the dump only has about 10 years left before it reaches capacity, and is mainly used for personal drop-off at this point.

The program allows for yard waste and clean wood to be accepted free of charge at the landfill. The material is then chipped and given out to residents in the county, also free of charge. It is recommended for use in gardens and flower beds.

The county Waste Management and Recycling Handbook outlines a few steps that citizens can take to compost at home.

Hot composting, the fastest option, is the most recommended. It is done by simply accumulating compostable items in the proper container, turning the pile once a week for a two to three month period.

Slow composting, which doesn’t need to be turned at all, can take anywhere from six months to two years to be ready.

The county’s hope is that people will take the necessary steps towards composting at home, accounting for what can’t be accepted at the landfill. Grass and lawn clippings, leaves, woodchips, saw dust, and kitchen wastes such as egg shells and coffee grounds are the main items for at-home composting.

While composting at home can seem dirty, something as simple as a sealable container in your kitchen can do the trick. This will allow all kitchen compost to be collected in a clean manner and easily transferred to an outdoor compost system.

The outdoor part of the system can be anything from a simple wire fencing enclosure to buying a compost bin for your yard, a more mainstream and preferable option.

To encourage home composting, the Department of Public Works, Bureau of Solid Waste held a compost bin sale in May of this year where citizens could pre-order and purchase fairly inexpensive containers.

This and other efforts by the county has created some incentive for people to start composting at home, but many still don’t. The main reason for this is lack of education around the matter.

By composting more and putting less into landfill, not only are greenhouse gas emissions are reduced extensively, but landfill capacities are extended as well. Composting also reduces general waste and the costs spent on fuel to transport trash to landfills.

While cities will usually give or sell back compost, doing so at home can bring even more direct benefits. Using compost in your garden can improve the soil structure, add necessary nutrients, and control erosion. It can also displace the need for irrigation through a natural soil conditioner found in compost.

Composting at McDaniel College hasn’t exactly taken off much better than the county. The school now has a recycling bin next to almost every trash can on campus, but compost bins are almost unheard of.

The only two on campus currently reside in the garden, maintained by members of the Green Life club which meets once a week to work in the area.

The club’s advisor, Department Chair of Environmental Studies Dr. Mona Becker, wants to see more of an incentive to recycle and compost in the county.

“The incentive for recycling in Carroll County is a sense of reducing your contribution of landfill waste,” Becker said. “While I think everyone should recycle because of this environmental issue, some people need more of an incentive to recycle.  If we could limit the amount of trash allowed per household or institute a ‘pay as you throw’ policy, more people would invest in recycling due to the cost savings.”

Green Life members have taken on this incentive initiative most recently by offering dorm-side pickup of any pumpkins students have, making it easy to dispose of these Halloween decorations.

Similar to the college, there has been a lack of education throughout the county that could allow for a greater, sanctioned composting system to be put in place, increasing the sustainability of the county and our very own “Tree City USA.”