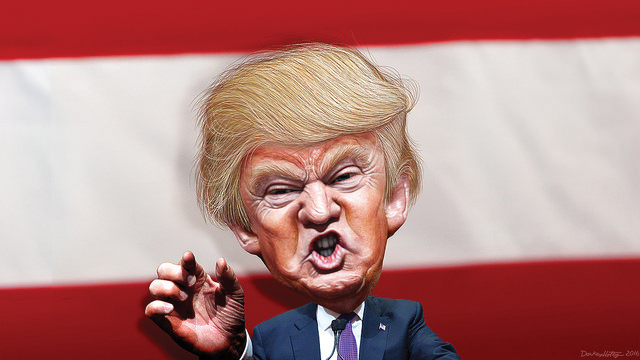 Republican candidate Donald Trump has announced today that he is dropping out of the race for the GOP presidential nomination. This comes as a shock to many since he has been quite successful so far in the primaries.

“I just pulled the best April Fool’s prank in history,” Trump said in a press release early this morning. “I fooled millions of people into thinking that I, Donald J. Trump, would actually be a legitimate candidate for President.

“Come on, now, building a wall between the United States of America and Mexico? How could anyone think that is a reasonable way to begin immigration reform and save jobs for our own citizens?” he added.

Voters across the country are relieved after his announcement, with many stating that Trump would have destroyed the nation and possibly started World War III within the first 100 days.

“Everyone in my neighborhood loathes Donald Trump,” said Westminster resident Greg Greggerson. “I wouldn’t have been surprised if he got assassinated in the first six months.”

Other candidates have expressed their sentiments regarding Trump’s drop out.

“I have no doubt that Trump would have done something completely idiotic as soon as he set foot in the oval office,” Democratic candidate Hillary Clinton said. “Congress would have just gone with it because he probably would have bought them all out before taking his oath.”

“It’s about damn time he dropped out,” former Republican candidate before he lost his home state to Trump, Marco Rubio, said. “He and his small hands can go bankrupt somewhere else. We don’t need that kind of leadership in the White House.”

Even Bernie Sanders took time out of his busy campaign to react to the news.

“Donald made the right decision for America,” he said. “The hatred and racism he was preaching is not the attitude any President or citizen of the United States should have. I wish him the best of luck in his future business failures.”

Trump officially endorsed Sanders in his press release, stating: “I want everyone who was going to vote for me to put their trust in Bernie Sanders. I think he has some great ideas and will truly make America great again.”

Conservatives who planned to vote for Trump were outraged that he wasted their time and money in his bogus campaign.

“How can he tell us he’s going to fix immigration laws and then endorse someone who wants to let terrorists into our country?” Fred Fredricks, creator of whiteguysforTrump.org, asked. “I’m livid that he fabricated a campaign just to drop out. He would have been the best President this country has ever seen.”

“I will not consider Donald as an option for my running mate if I get the nomination,” Sanders commented. “I’m old. If I happen to die in office, I don’t want him to be next in line for the presidency.”

Trump’s exit has caused countries around the world to regain faith in America as a superpower.

“Mr. Trump is the epitome of racism and bigotry,” English Prime Minister David Cameron said. “Our relations with America will no longer be strained.”

While Clinton still seems to lead Sanders on the Democratic side, the GOP nomination is still up for grabs, with Rubio holding a slight lead over Ted Cruz. It will be interesting to see how the rest of the primary season plays out without Trump in the picture.
“One downside about dropping out is that I can’t talk about Trump’s small hands on large public forums anymore,” Rubio added. “I actually have a children’s book in the works on the topic, so be on the lookout for that.”

Lack of Fans at Fault For Football Losses