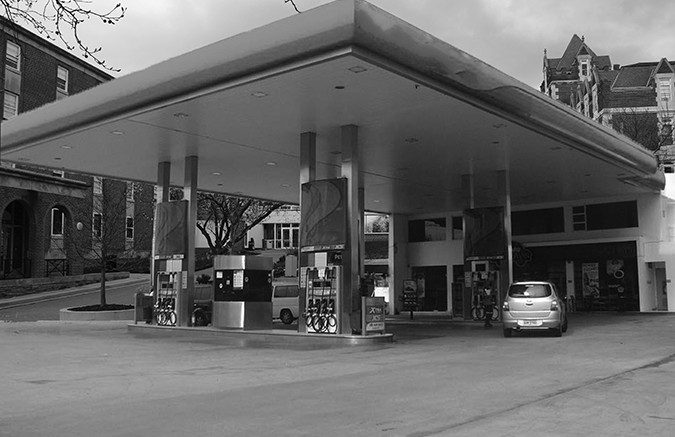 McDaniel Residence Life, in conjunction with Sodexo Dining Services, have announced that they will be opening the Green and Go Gas Station adjacent to the store, in the hopes of bringing the needs of students closer to campus.

A spokesperson for Sodexo stated that they hope that the project will be completed within the month, and that, when completed, the station will offer all qualities of gas at the same affordable Green and Go price students have come to expect.

“We don’t know how gas prices will be when it opens, but given no change, we are expecting to begin with prices set at $4.50 a gallon, and see from there where the market and demand takes them,” the spokesman said.

The station will also offer a number of amenities that will hopefully improve the lives of McDaniel students, including personal window squeegeeing (price TBA) and “The New Jersey Package,” in which a Sodexo worker will pump the gas for the student, for a mere extra ten cents per gallon (students will not be required to be from New Jersey to purchase this package, but its assumed they will be its strongest proponents).

Student reactions to the announcement have been mixed. One student on Yik Yak stated that “wow, gas so close to where I park! Driving from the Stadium lot to the Green and Go is a whole 200 feet less than driving to the Shell on Main Street! I’m sold.”

Rouzer residents were particularly hostile to the announcement.

“Like, I’m not gonna stop smoking there even if they take down the smoking area,” said one student, “as if I care about the ‘fire hazard.’ They’re not my Dad, they don’t get to tell me where I can’t smoke.”

Dispatches from the Carroll County Detention Center: The Inmate Next Door