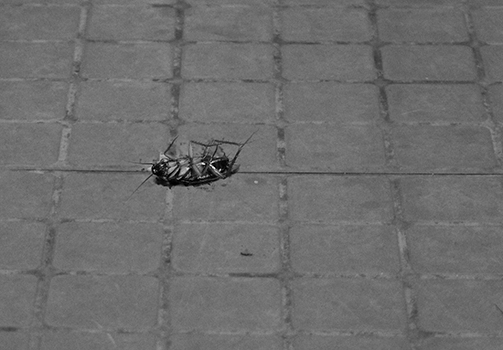 There’s no doubt that college is now an expensive endeavor in the U.S. Many of us struggle to make ends meet as tuition and fees take up a great deal of our personal life savings and beyond. One struggling member of the McDaniel community, Jack Roachson, agreed to sit down with us and outline his struggles.

“It really stinks man,” says Roachson. “All I wanted was to try and step up in society. My family comes from really low socioeconomic status and my parents always pushed me to go to college. They wanted me to not have the same financial struggles. ”

Roachson had perhaps a unique experience when applying to colleges. He was so highly qualified that a number of institutions accepted him just by seeing that he was living and also capable of breathing.

“I was really lucky too. I always wondered if there was a college for me. It was a great relief when I started getting acceptance letters,” he states.

Roachson was drawn to McDaniel after seeing Rouzer. “I just felt so at home there…it was like heaven,” he says.

Roachson enjoyed an illustrious first semester; however, by his second semester, the honeymoon phase had dwindled. He elaborated on this, saying, “it just didn’t have the same appeal and I was so overcome with anger when I learned of the tuition increase.”

Despite his family selling two of their goats and Roachson working in his free time, there simply wasn’t enough money: he had to take out student loans.

“The whole process was very bureaucratic, and the sociology courses I’ve taken have really helped me justify my hatred for the system,” says Roachson, who has been thrown into a quarter-life crisis by his ordeal. He now wonders if he should have simply gone to community college first. His experience around other students hasn’t been so great either: many scream or avoid him. On this, he states, “I know I’m a cockroach, but I still have feelings. I know cockroaches by nature somewhat hide from people, but the isolation here has become depressing.”

“On one side of things, I have had a relatively satisfactory experience here, but at the same time I can’t imagine what this debt will do to me… I’m expected to get a good job, start to live independently, and now try to pay back these loans. I’m honestly worried,” he explained.

Roachson continued ranting, saying, “I have this developing hatred for the system, though it also tells me to follow my dreams. My problem is doing so seems to be harming my chances of achieving them. It feels like every step of the way is just there to make me go bankrupt. I understand that this is basic economics, but it’s hard for me to stay calm as I’m being flossed for everything I’m worth and more.”

Roachson has stated that he’ll probably be staying at McDaniel, but he’ll just be really cranky about it.