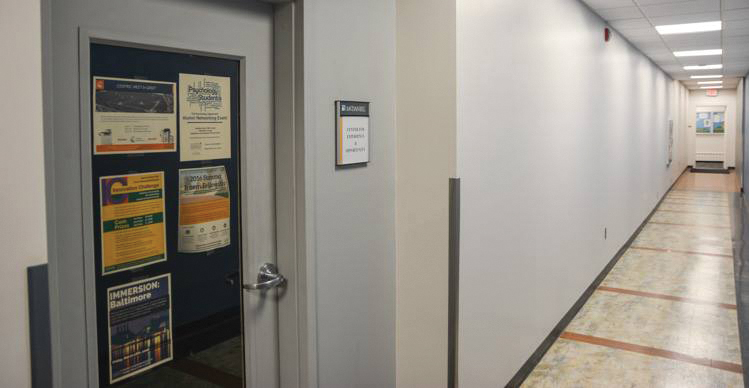 While it’s widely known that only a few McDaniel grads can be particularly successful, students are now looking to the institution after the disappearances of some notable alumni.

“There is clearly some kind of purge going on,” states Fred Santal, the most vocal student on this issue. “Their portraits were even outside of the CEO, but now there’s nothing. I smell something rotten here—and it’s not Glar for once,” he asserts.

Marie Anders, the supreme dictator of the CEO claims “We’re simply moving them to a more secure location where they can be of more use to us.” It remains ambiguous if Anders is referring to the portraits or the alumni themselves.

“I have gained compelling evidence that these alumni had begun paying tribute to their grad schools rather than McDaniel” says Santal. “It’s true that not all successful alumni went to grad school, but, for the ones who did, that was where they really gained opportunity. Especially the humanities majors who got graduate degrees in entirely different fields.”

Many students seem to be concerned about acknowledging the absence of the portraits. An anonymous source cites concern of being added to a hit list.

On this trend, successful alumnus Genalta Huwulk asserts, “Well, I’ve been donating regularly to the Great McDaniel. The place truly changes lives—in fact, I had the pleasure of donating to the college’s new ‘Money Pit.’”

Huwulk smiled nervously throughout the interview and declined to comment on her feelings regarding the institution taking credit for the hard work she has done to get where she is now.

Recently, effort has been taken to cover up the fact that the portraits were ever there. Santal states, “we have seen that the final stages have been completed. Our only hope is to just not be successful, which I think we have a good chance at.”

Editor’s note: it has been found that Santal has dropped out in order to join a crop sharing community in some faraway, unknown universe. No one has heard from him since.

Nature is calling — will AVI answer?