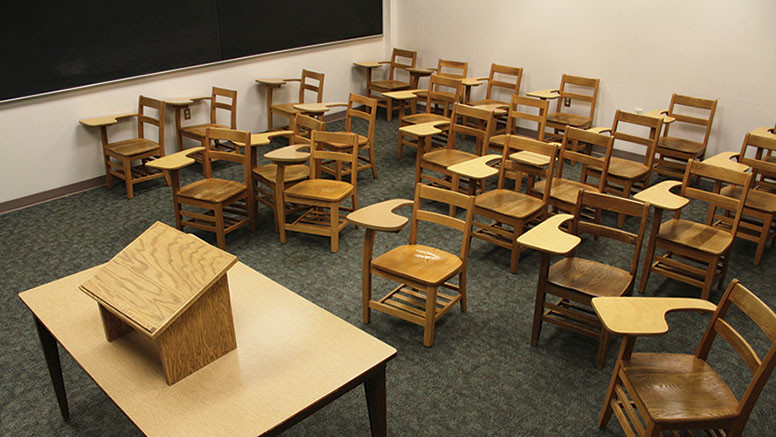 The Never Meeting Club during their annual meeting.

A new club has been formed for McDaniel students who are looking to gain involvement with minimal effort. This club, called the “Never Meeting Club” aims to be an option for students who want a club to add to the campus and community involvement portion of their resumes without the need to actually interact with humanity.

Dembel Perezoso, a sophomore Kinesiology major, is the founder and president of the new organization. “I just mostly wanted to focus on my academics, but I’ve recently started to realize that I should probably have at least one fake executive position to help me get a job,” he stated when asked about his motivation for starting the club.

The size of the club is small, but Perezoso is not deterred, saying that he actually thinks it is the perfect size. “There are just enough members to have everyone be a member of the executive board.”

Another founding member, Nancy Irritante, echoes the sentiment. “I kind of found out this was a thing accidentally, and I haven’t had to do anything but still get to call myself the recruitment chair of the organization.”

The campus as a whole has been receptive to the idea of the club, and there has been considerable interest from additional students wishing to join.

“I like it,” says freshman Andrew Fitzgerald. “It’s really inspiring to see people achieve so much with so little enthusiasm and work. I’m probably going to join, especially because there’s an opening for their co-vice publicity chair, so I might go for that.”

The club only meets as needed – which is to say never, as per the name. Students who are interested in joining the mailing list can email Perezoso, though they should not necessarily expect a prompt response.

As the club looks to the future, its members are hopeful that they can continue to grow their name on campus.

“I think that we have a good chance of getting affinity housing this year,” said Perezoso. “I’m really excited to have a great group of people to live with and never interact with.”

College to Offer Class on the Art of Texting