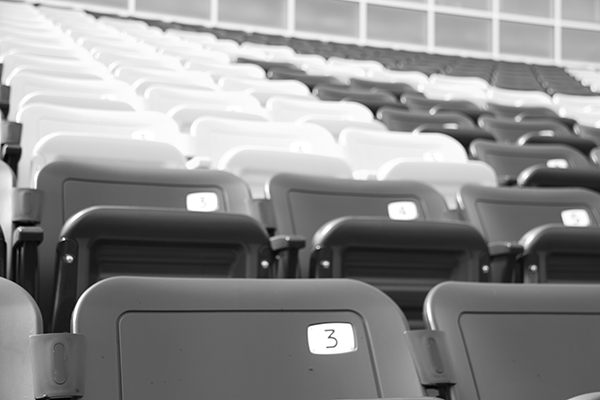 After consecutive disappointing seasons, the McDaniel football program felt that something needed to change in order to have a successful season. They recently collaborated with the administration to organize a new initiative to raise funds for the team.

According to the Office of Academic Affairs, each semester, the school will sell 20 students who have not yet declared a major.  The selection process will be a Hunger Games-esque system, and those chosen will have no choice but to be sold.  The administration believes this is the most efficient way to generate money for the football program.  The price of each student will be based on their application to the college, SAT scores, and the major they are considering.  All transactions will be completed through the Bursar’s Office and will be finalized within ten business days.

The athletic department already has plans for their future influx of financial resources.  An insider in the equipment room explained that all of the football uniforms will be bedazzled next season.

“We hope to blind the opposing teams so it gives us an advantage to win games,” junior safety Seymour Butts commented.

Other coaches expressed interest in the program, but it is reserved for the football team only.

“All of our student-athletes are extremely talented,” said Athletic Director Ben Dover. “However, none of our other athletic fields or courts have been rated top-six in the country in tailgating like our football field, so we have to dedicate our funds to football to match our top-rated reputation.  How many other Division III schools can say the Weather Channel deemed them one of the best in the nation? That’s a pretty prestigious honor there.”

Other McDaniel coaches declined to comment due to extreme frustration.  They wanted to avoid the risk of jeopardizing their team’s chances of future fundraising opportunities.

To all the freshmen and sophomores who have not yet declared a major: take your time! You could potentially be a significant benefit to the football program.

Keep checking back with the Free Press for updates on this new initiative.