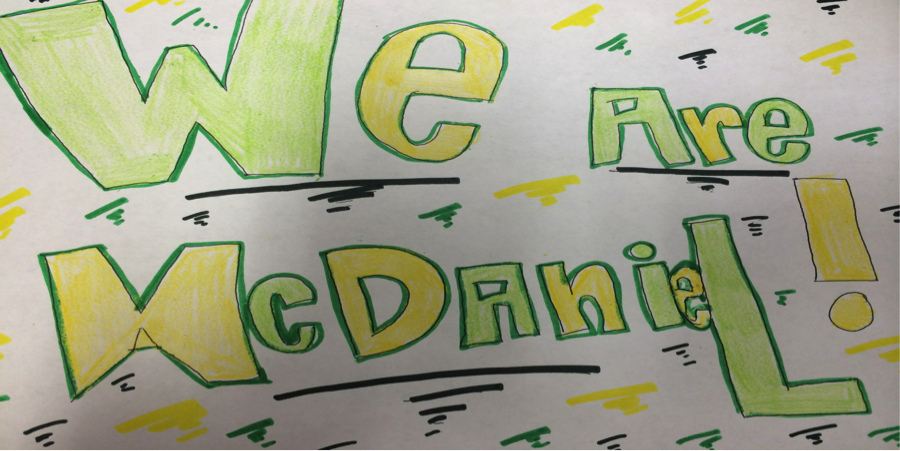 What happens when a college proposes adding more days to their academic calendar and pushing back graduation due to numerous snow days? Students protest in summer attire.

Thanks to the efforts of over a 100 students at McDaniel College in Westminster, Md, the end of the spring 2014 semester and graduation will occur on time. On March 24 student government president Jordan Cloane, lead a summer festive protest against McDaniel’s administration’s proposal to add more days to the spring 2014 academic calendar and push back the college’s 2014 graduation date due to its numerous snow days.

Outraged by the campus proposal, students rallied together to protest in bikinis, flip flops, swim trunks, sandals, tank tops, and shorts with a summer festive protest. They patrolled the campus with signs stating, “We are McDaniel!” and “Summer and Graduation on Time!.”

After a week of protest and students missing classes, college officials agreed to maintain the current Spring 2014 academic calendar. In a press release by McDaniel College on March 27, college officials stated, “we now understand students frustrations, and we realize that we should not penalize them due to the inclement weather.”

In a usual twist of events, on March 28, joining in with student’s excitement over their victory protest, college officials joined together with students in a festive luau in the middle of McDaniel’s campus. The celebration included games, music, and tons of food.

College officials and the campus’s President even dressed up in summer attire for the student’s victory.

While still cold in Westminster, McDaniel students won their battle. Student Government president Jordan Cloane states, “All in all, this has been a win for the McDaniel community and its students. Seniors will be able to graduate on time and the student body will be able to start their summer break on time.”