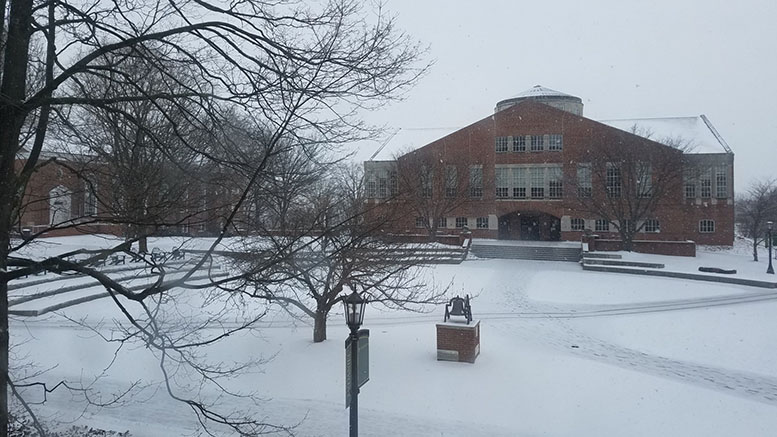 The McDaniel Plan is a well-known part of all students’ experiences and forms the foundation of their college careers. As per the McDaniel website, it is a “comprehensive program of general education and a rigorous program in the major, complemented by electives and a range of special opportunities.”

Since its implementation, the McDaniel Plan has seen several changes, as the college attempts to figure out what it truly values, and what students should know (or take their first semesters and instantly forget) by the time they graduate.

This semester, committees have met regularly to discuss potential additions to the requirements, and it has been decided that three new categories of classes will be required, starting with the incoming class of 2022.

The first requirement is the “Doing Things While Tired” course, which will be abbreviated as DTT during registration. These classes will be offered during the new 6:50 – 7:50 a.m. M/W/F time block, and it is highly recommended that they be taken in the second semester of the first year. The intention behind this requirement is to prepare students not only for their more rigorous classes and capstones, but also for what their lives will be like in the working world.

The second requirement that will be added is the “Sexual Education” class, which will be abbreviated as SEX, of course, during registration. This class was heavily requested by concerned neighbors of freshmen with thin walls. The SEX tag will be applied to two versions of the 2-credit class, one which will also count as a textual analysis (TA) and another that will count as a quantitative reasoning (QR), though the classes themselves will be identical.

The final new requirement is the “Interacting With Humanity” course, which will be abbreviated as IWH during registration. This class is being offered as an attempt to combat the rampant apathy and isolation of individual students on campus, as well as yet another way to tout experiential learning. This class tag will be added to any course that forces students to spend time each week having genuine face-to-face interaction with another human being.

It is the hope of the committee and the administration as a whole that these additions to the McDaniel Plan will be warmly welcomed by students. Students can email their opinions at any point, and results both from course evaluations and additional surveys covering the new plan will be released once this data is gathered.

Good enough for me: headline scorer gives this a 68