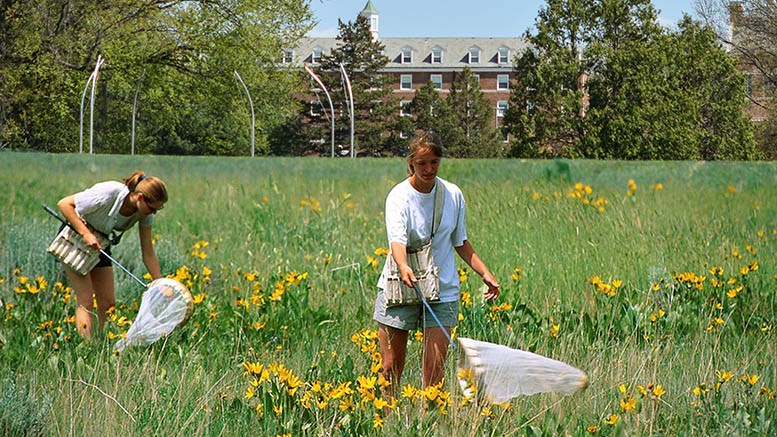 McDaniel has added a class dedicated to the art of butterfly and bee catching.

Both of the courses are two credits, with Butterfly Catching as the prerequisite to the bee catching course. Both courses are offered by the Whimsical Studies Department.

Although McDaniel has been heavily publicizing the addition of these courses, the student body has been polarized by it.

“I love it! It seems like a cool, and more importantly, a fun way to learn about butterflies and bees! I am so jelly that I will never get a chance to register for it,” proclaimed senior Thomas Anderson.

Freshman Susan Smith was excited about the bee catching course and said, “I just love how I can get credits for catching lovely buzzing bumblebees around our wonderful, wonderful campus!”

Sophomore Philip Stephenson seemed slightly less excited about the course and stated, “I might take it, if people I know are going to. I don’t want to be catching butterflies alone and I am allergic to bee stings.”

However, not all McDaniel students were enthusiastic about the addition of the course.

When asked about the new course, junior Samantha Stone tersely stated, “I don’t care, neither are courses that I’d ever take.”

“I’d have preferred it if McDaniel had instead offered a cryptozoology minor instead of these two courses,” said sophomore Julia Aronofsky.

Loquacious freshman Ulysses O. Thornhill was somewhat disappointed with the addition of the butterfly catching class.

“It actually really annoys me that this class was added because I’ve had an interest in lepidopterology for quite a while, and it really irks me that people will just take this class as a joke,” he said. “It will also irritate me if the class only focuses on butterflies, because I find moths just as interesting.”  Despite these reservations, Thornhill also said that he still intends to register for the butterfly catching class, but is undecided whether he plans to ever register for the bee catching class.

Interestingly, some McDaniel students, most likely due to either self-absorption or apathy, or perhaps a combination of the two, were completely unaware of the addition of the two courses.  In fact, a few of the freshman students did not know what a butterfly or bee was, but all were familiar with DreamWorks 2007 movie, Bee Movie.

Professor John Fleming, who designed the course, stated that he designed it because he “hoped it would be fun for the students and because #YOLO.”

McDaniel College President Roger Casey offered an apathetic shrug when asked about the polarization of the campus due to the addition of the two classes.