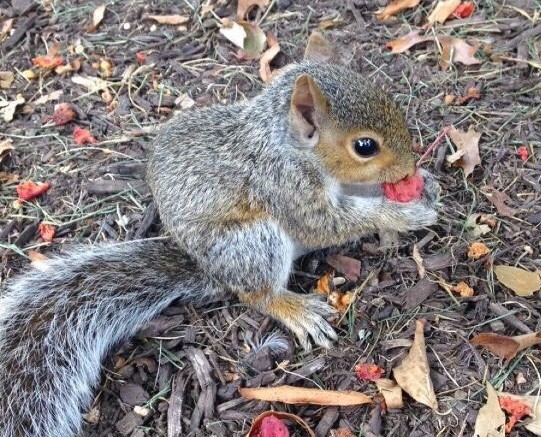 Every student’s McDaniel College experience would not be complete without Englar Dining Hall. Whether it be Chicken Tender Thursday, or playing “Guess That Meat!” with the soup du jour, or having a lovely conversation with Ms. Bobbie in the salad line, or finding moldy bread, memories from McDaniel’s dining hall will forever be etched into our minds.

However, even with the new dining experience, courtesy of AVI, the needs of some residents on campus are still not being met.

Cornwallis, president of the McDaniel chapter of the National Rodent Association (NRA), is a fourth-year resident at McDaniel and is fed up with the NRA’s underrepresentation in dining options.

“Sodexo’s dining options were positively presumptuous,” said Cornwallis, with a puff of his tail. “I voice the opinion of our entire organization when I say that we hope AVI will do better.”

Cornwallis and the NRA are calling upon AVI to expand their dining options, and allow NRA members to finally dine properly with their fellow McDaniel residents, instead of being forced to rummage around campus in search of a meal.

“We have grown tired of giving McDaniel one star on Yelp,” said Cornwallis. “It was time for our organization to take action.”

The NRA was founded in 2010 by S. Q. Earl – who first took notice of their need to organize – and the association finally gained a foothold on campus after their generous funding and contributions to the president’s marketing campaign last spring.

Much of this funding was acquired through an audacious real-estate venture spearheaded by Cornwallis, in which the NRA surrendered their holdings in Presidential Pines, a large pine tree with prized proximity to the president’s house on campus.

Although a productive exchange, Cornwallis had notable regrets after realizing too late what the campus had planned for the estate that had been in his family for centuries.

“As beneficial as the campaign funding has been for the NRA, I would have considered other options had I known the campus had plans to chop the tree down,” said Cornwallis.

The loss of Presidential Pines served as a double-edged sword for the NRA, both limiting on-campus housing for NRA members, and exacerbating the more prominent issue: feeding NRA members.

“The NRA will be hungry no longer,” said Tayle. “I see a new partnership between AVI and the NRA in our future, and it’s gonna be huge.”

Tayle sees his initiative as a harbinger of better relations between the NRA and McDaniel College as a whole, and hopes to stymie the organization’s historic underrepresentation.

Football Team Begins Fundraiser in Attempt to Start Fresh in 2014