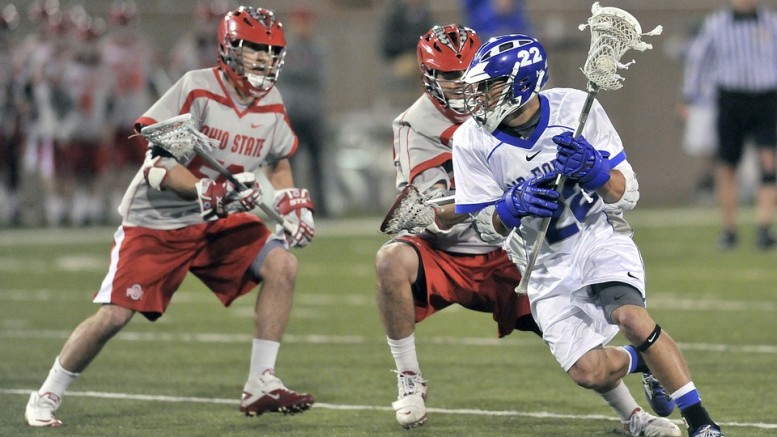 The fastbreak is one of the easiest scoring–and most exciting–way to score in lacrosse. They happen so quickly that spectators can miss it if they look away for a second.

Lacrosse is often referred to as the fastest moving sport on two feet, based on how fast the ball can move through the air from person to person.  This adds an aspect of suspense to the game, as anything can happen at any point.

It is known around the lacrosse community that the sport is most common in the east, typically from Maryland to New York.  But in recent years, the game has exploded throughout the country, bringing the game further west and places it has never been seen before.

Between 2001 and 2014, lacrosse gained 518,841 different participants. For the most part, lacrosse had a higher rate of growth in the early 2000s then it began to slow. But, between 2006 and 2014 at the high school and collegiate levels, lacrosse had the highest levels of growth out of any sport. In both cases, the growth increase was significantly larger than sports with the closest rate of growth. At both levels, women’s lacrosse seemed to grow slightly faster than men’s.

All these factors have caused the sport to grow across the country.  Lacrosse has spread from the east coast and has become a mainstream sport in new states such as Colorado, North Carolina, and California. The spread of the game to these areas has been on a high school and collegiate level, as schools from these different areas have picked up the sport at both levels. High school lacrosse has significantly larger amounts of programs than does the collegiate level. That being said, there are different collegiate levels players can participate in.  Each level has teams in typical hotbed areas, as well areas where lacrosse is new.

Lacrosse grows in popularity as people newly introduced to the game find it fast and entertaining because of its physicality and finesse.  People begin to play as their interest in the sport grows.  Kids are getting introduced to lacrosse at a younger age, falling in love with it and spreading the game quicker.

Although the game is still growing in the U.S., lacrosse growth has spread around the world.  The Federation of International Lacrosse (FIL) is the organization that hosts the Lacrosse World Championships. Member teams are found in North America, Australia, and Europe.  In 2014, the FIL hosted the Championship with a record 38 nations competing. Lacrosse  is spreading to Asia and Africa as well.

The FIL continues to gain members, and will hopefully grow in size of the championship and try to become and Olympic sport, as well.

Lacrosse has been a part of first-year McDaniel men’s lacrosse coach Keith Euker for 35 years. He began playing at the age of five and brings 10 years of coaching experience. Prior to accepting McDaniel’s head coach position, he was an assistant at University of Missouri, University of Michigan, and University of Denison.

He was born and raised in Baltimore, Maryland, a known hotbed area of lacrosse. He chose to stay local to play in college, attending Division-I Loyola University Maryland.

“The sport of lacrosse has exploded in the last ten years.  The game has spread to areas outside the east coast it has never been seen before,” said Euker.

When asked how he has seen the game grow, Euker talked about how the sport has exploded because of the way it’s played and catches the attention of its audience.

As for seeing the game grow while coaching, recruiting players to come play for a program has become difficult.

“With the spread of the game, you need to cover more places and reach a broader audience. We try and use options like social media to reach out to this large community of possible recruits,” said Euker.

The growth of the game has not only brought more players, but more programs that have lacrosse.  This gives participants more options of what they would like to do with their future in athletics.

Editor’s Note: Writer is a member of the McDaniel College men’s lacrosse team.

The Fastest Sport on Two Feet: A Look Inside Lacrosse