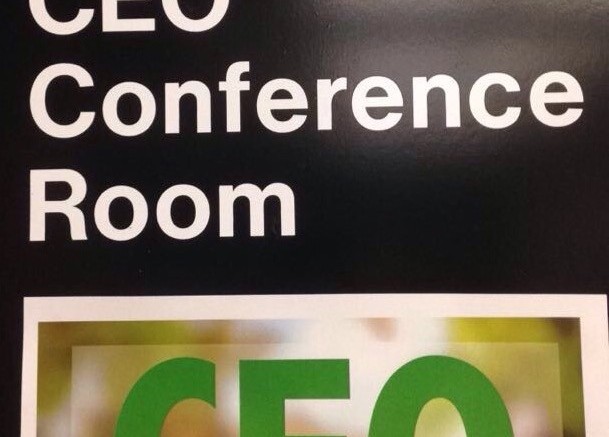 Within the last ten years the apparent need for a college education has grown exponentially. Students hear horror stories about being unable to even get a job without a college degree, and many fear that without a master’s degree, they won’t be able to live a respectable lifestyle.

But is it really as important as it has been made to seem?

Now, a college degree has become an equivalent to what a high school diploma used to be. Even prominent figures such as President Obama have commented on the need for an education, stating, “…the best job qualification you can have is a college degree or advanced training.  If you do have that kind of education, then you’re well prepared for the future….”

A college education is, in theory, supposed to guarantee a reasonably well paying job, supply the means to move away from home,  and prepare someone for the “real world” and the job market. 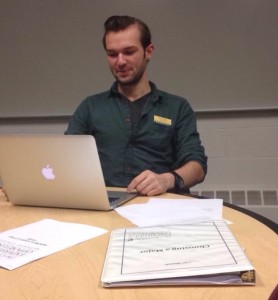 Alexei Ekimian at the CEO office. Photo by Jullienne Kay.

According to the National Center for Educational Statistics the employment rate for 20 to 24 year olds in 2015 was 89 percent, which is a pretty optimistic number for those graduating soon. This seems to keep with the idea that a college education is necessary, especially when coupled with the fact that the employment rate for high school graduates showed a 20 percent decrease that same year.

Getting a job after college is the goal. However, one way to determine if an individual’s college experience is worth it is to examine whether graduates are getting jobs related to their fields of study. After all, why study for four years if one doesn’t even use the knowledge they’ve acquired. A Washington Post article from 2013 titled “Only 27 percent of college grads have a job related to their major” tells a less optimistic story than the statistics mentioned earlier.

But what about McDaniel specifically? Is this school really worth it? It’s a private college with a combined tuition, room, and board between  46,000 and 54,000 dollars per year, and continually rising. What about this college prepares you for the real world, or is it just a waste of time?

Shedding light on the issue is one of McDaniel’s own, Amanda Fuhrmann. Fuhrmann, a 24 year old environmental studies major who graduated from McDaniel in 2015, provided some insight to the McDaniel experience. Today, she works part-time for Rams Head Live and is currently looking for full time employment that would allow her to directly apply her degree, but is having some difficulties.

“I’ve applied for dozens of jobs and rarely get a response,” is what Fuhrmann has been saying since graduation; although she enjoys her current job, it isn’t a career and nowhere near her field of study.

This seems to corroborate the statistics mentioned earlier. Most college graduates are finding jobs after college, but not necessarily within their field, and not quite what they expected out of a college degree.

With regard to being prepared for the harsh realities of the real world, Fuhrmann said there was no difference from when she entered college to when she left. She did mention taking advantage of the CEO office that McDaniel offers, but just once. Her experience there was helpful, just not quite as helpful as she would have liked. She feels that once she found out about internships or grant opportunities that it was “too late.”

To hear from the other side about what McDaniel can do for its students, Connie Sgarlata, Director of Center for Experience & Opportunity commented on the issue. The CEO office helps with a wide range of topics including study abroad, scholarships, internships, community engagement, and even finding a job. “Employers are looking for leadership, internships, and service; so they want students to have those experiences, not just a 4.0,” states Sgarlata.

She also made note that a lot of what the office does is networking, which is important since 70 percent of jobs are gotten through connections. They have multiple events here at McDaniel and encourage reaching out to some of our 30,000 alumni to allow for the greatest amount of opportunity for students to make contacts.

Sgarlata stressed that the office has so much to offer, but many students don’t take advantage of it and therefore leave college feeling unprepared and unstable. “A lot of students come in for their required appointment and then they don’t come back,” she says.

Another feature specific to McDaniel due to the relatively small size it that alumni are also allowed to use the office. “[They] have access to our services forever,”states Sgarlata. This includes a career change, which happens often after a few years in the real world.

Sgarlata says to the students who haven’t come in, even the seniors, “It’s not too late!”

Maybe McDaniel really can prepare you for the real world outside classes, if only we reach out to those who are ready to help.