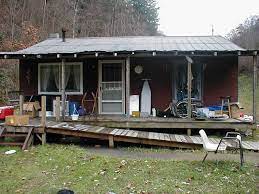 Because of the limits social media has, people seem to overlook the reality we live in today. Most U.S. citizens are interested in scrolling through social media apps for news, but that does not mean they are gaining important information every time they turn their phone on. Here is how social media works: people will talk about topics that are considered popular and focus their attention on that topic until it is not interesting anymore. In that case, It makes people who are struggling feel like they are not a priority.  Although reality is hard to face, we must stay in the loop. There are serious problems in this world that are not being brought up to the surface and these are the facts: U.S. citizens are living in immense poverty.

West Virginia was declared the second poorest state in 2022. According to the World Population Review, “…with a $48,850 median household income and a poverty rate of 17.54%. West Virginia‘s educational attainment levels are on the low side, with the lowest percentage of adults with a Bachelor’s degree or higher, and has the second-lowest life expectancy of 74.8.” Poverty is affecting the rates of people’s life expectancy due to the fact a chunk of West Virginians can not provide for their kids let alone themselves.

West Virginia’s main priority is mining. “In West Virginia, mining is the largest industry, accounting for 5.4% of the state’s total GDP of $78.9 billion. The industry’s annual economic output totals $4.3 billion, a 6.2% increase over the last five years. Overall employment in the industry totals about 14,300, or 1.9% of all jobs in West Virginia,” according to the World Population Review.

West Virginians kept mining and found so many resources until they could not mine anymore resources. “Studies show states with a heavier-than-average reliance on mining jobs are likely to have lower income.” according to the West Virginia Policies. When coal, oil, and other natural resources were inaccessible they went to mine the resources because they were available. Unfortunately, since those resources are not available, people ended up losing their jobs. Education was not a key emphasis for West Virginia. Most residents of West Virginia only knew mining, so other jobs could not be available to those who did not meet the education requirements, there is not an available spot open, or because everyone is geared towards manual labor. This affects the poverty rates because of West Virginia’s history. Their history is best represented by the fact that they are unequipped to have jobs outside of mining.

The Coronavirus pandemic has affected the population of West Virginia more. “As we see everyday, people across West Virginia are struggling to pay their bills, put food on the table, and return to work. And many of these same West Virginians are the ones that are on the frontlines of this pandemic, working at childcare centers, grocery stores, and in other low-paid jobs,” said Sean O’Leary, West Virginia Center on Budget, and senior policy analyst. This statement proves that the Coronavirus has increased the poverty rates. Those who had jobs did not have a good income. According to the FCNL, (Friends Committee on National Legislation) before Covid hit the United States, West Virginia was ranked the sixth poorest state in America. Even before the pandemic West Virginia remains in the top ten for the poorest states. The lack of income adds onto the poverty crisis in West Virginia.

“Our federal and state policymakers must act decisively to help families and individuals facing today’s extreme levels of hardship.” according to the West Virginia Policies. With the poverty rates that are increasing overtime, the pandemic has shifted the West Virginians’ ways of living. Those who work in health care have had a difficult time supporting themselves and their family. West Virginia was set up for failure because a majority of their workforce were miners. And most people were too reliant on their West Virginian history.

The big question is, why should we as students care about this information? Poverty is an issue all over the world. Children who face poverty frequently face different challenges than children who grow up in the middle and higher classes.

“The contribution of science to end poverty has been significant. For example, it has enabled access to safe drinking water, reduced deaths caused by water-borne diseases, and improved hygiene to reduce health risks related to unsafe drinking water and lack of sanitation.” According to the WSAZ.  Students could experience opportunities in organizing food drives or fundraising to help those who suffer. The word must be spread.

When the word was spread about the poverty in West Virginia, The Federal Relief Program helped by giving $3,708 back to home owners. West Virginians who have been suffering by 71percent. That concludes that approximately 300,000 fewer people are living in poverty. The only way to know and create change, is to bring this information to the surface so we are aware of the hidden tragedies Americans face.

Political conversations on The Hill