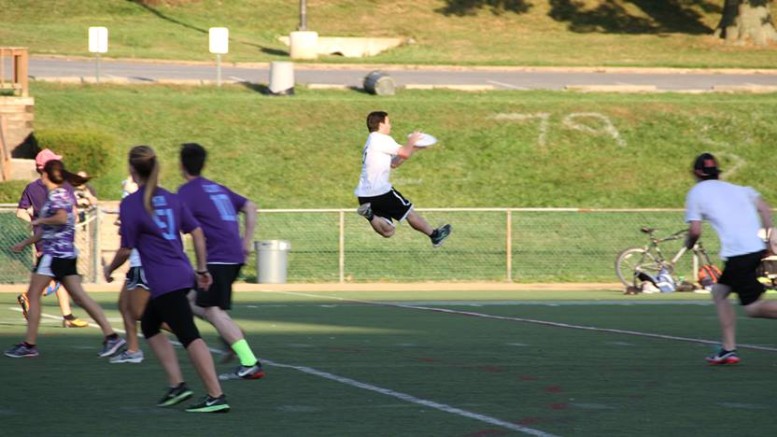 If you have taken a tour around any college campus you will see hundreds of advertisements like flyers, promoting various clubs and intramural sports. Everyone knows about these activities, but do you know the difference between clubs and intramurals?

Intramural sports are another way for students to get active and involved on campus. “I want more non-athletes to participate in intramurals,” says Steve Corrieri, administrator of intramural sports. “Having many former athletes is great, but many students who do not play a sport seem to be intimidated by the athletes while playing. Intramurals are here to get all of the students active and to provide an outlet for them outside of the classroom,” Corrieri explains.

Various students choose to participate in the intramural sports program instead  of the club organizations. Some of those students are athletes who decided to take their sports focus to a more fun and relaxed outlet while others are students looking to get or stay fit while enjoying an athletic activity. Since there are many types of intramurals for a student to participate in, there is always something for everyone such as soccer, basketball, and volleyball, among others. In the near future, Corrieri is planning on introducing a dodge ball league. This only adds to the wide variety of sports offered.

Even though clubs and intramurals have various differences, the way they are run is relatively similar. Clubs are overseen by the Office of Student Engagement, but they are self-run for the most part by the club leaders. Depending on what club you are looking at determines the form of leadership. Like all clubs, Ultimate Frisbee has an advisor who oversees the club, but they don’t have much involvement beyond the administrative role. More importantly, the organization has an executive board consisting of a president, vice president, treasurer, and secretary.  The students on the board are the ones who organize practices, meetings, events, and much more.

Intramural sports, on the other hand, do not have an in-depth chain of command. Corrieri makes the schedule for scrimmages and oversees all of the intramurals as they play throughout the semester. A team has one representative who recruits members and creates a team to sign up for one of the intramurals. They meet with Corrieri and learn their schedule, rules, and any other important information necessary for the teams to play. The games are officiated by students and have no other supervision.

One similarity between the two types of organizations is how the clubs and teams stay organized. Student organizations use a program called OrgSync while the intramural sports use a program called IMLeagues. According to Lukas Miedreich, Assistant Director of Student Engagement, “OrgSync is simply an organizational database that is used to efficiently and easily track and manage organizations”. He compared it to Facebook saying that “it is like Facebook for student organizations except with less ways of direct social interaction”. IMLeagues is basically the exact same thing except with a different name and is used by the intramural program.

However, the programs have many different features. On OrgSync, mass emails can be sent to students and organizations without having to go through the school’s main email system which requires extra steps. Organizations can set up multiple events, post their roster, and can even look at others to see what they are doing. It can also be used as a data tracker for any organization. It can even be used to track student involvement in these extracurricular organizations. IMLeagues can be used to look up wins and losses of each team, as well as overall standings.

Funding for clubs and intramurals comes from their respective offices. The Office of Student Engagement supplies money to the student organizations while the athletics department provides funds for the intramural program. Student Engagement sometimes runs cash-prize incentive programs to get organizations more involved. The intramural program doesn’t offer any funding like this, but they do hand out shirts to the champion teams at the end of each season.