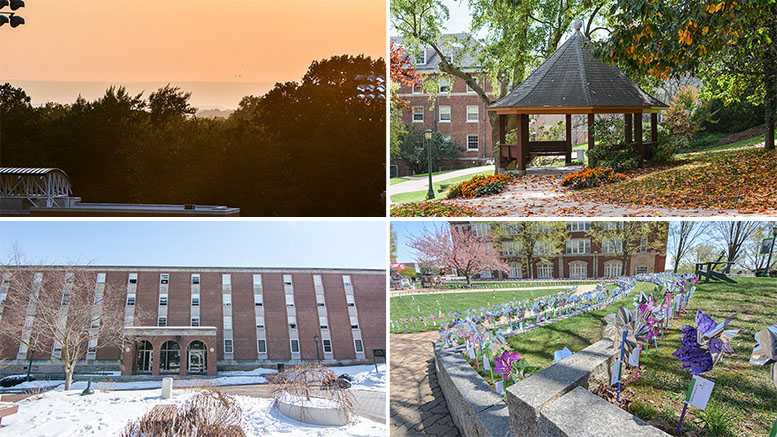 As February turns into March, Maryland is still up to its usually devious weather patterns. In general, it has been a warm winter this year, much to the disappointment of sophomore Mario Fernandez.

One particular week in February, it was a crisp 70 degrees on Tuesday, followed by snow the following Friday. “I’m not shocked, upset or worried [about the weather patterns]; they are what they are and there’s nothing I can do about it,” comments junior Jacob Bickley.

Bickley also sagely notes that McDaniel College’s geographical location “between the ocean and the mountains” is a prime spot for bizarre weather patterns.

Not every student has handled the weather quite as peacefully as Bickley, however. “It’s Maryland,” senior David Thornberry says. When questioned about whether or not he would care to elaborate on his statement, he stoically responded, “That’s all.” Thornberry does have a solid point, however; among locals, Maryland has a fierce reputation for unpredictable and ever-changing weather patterns.

“I think that Maryland needs to find its chill,” remarks senior Toni Morrison. “You can’t have all four seasons in one week. You just can’t.”

The weather not only affects students on-campus, but also those off campus such as professors and commuters. “I’m used to the weather because I live around here,” sophomore commuter Kirsten Hahn states, “but I don’t like driving in ice.”

Fortunately (or perhaps unfortunately depending on how one looks at it), the weather has not been bad enough for a cancellation of school, but there has been one delay due to snow. While sophomore Colin Lyon wished for a longer delay, sophomore Mario Fernandez cited it as being a “welcome surprise.”

Regardless, at McDaniel College, warm weather tends to bring students out of their shells and bring the college to life. As March begins, students will be out playing Frisbee and socializing in the quad and on Red Square, transforming McDaniel into not just a warm location, but also into a place with a warm spirit.