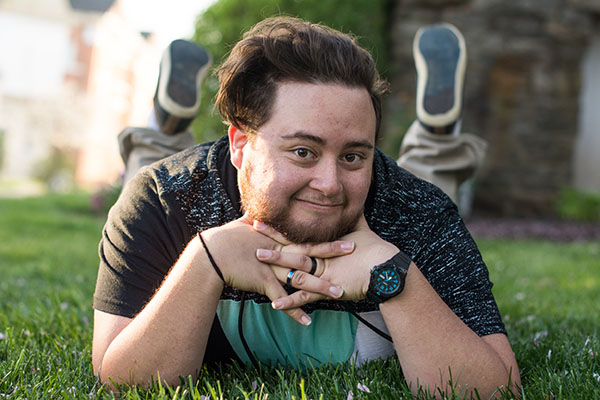 As graduation rapidly approaches, Arts & Culture and Commentary Editor Jimmy Calderon is completing some of his final coursework—and Free Press articles—for his undergraduate career. In wrapping up this era of his life, the Free Press is tremendously grateful for all that Calderon has done for the paper as well as for the school.

A Spanish major, with minors in French and English literature, Calderon felt right at home with the extensive writing he did for the Free Press. He first joined the paper after becoming a peer tutor in the Writing Center. On this, Calderon states, “Josh [the Director of the Writing Center] recommended me to take the Newspaper Practicum the fall semester of my sophomore year. I did, but I didn’t think much of it. It was my first time writing for a newspaper, so I wasn’t too excited about it.”

Calderon has also been involved in a variety of other student organizations. During his freshman year, he was a member of the Belly Dancing Club and Palabras 2 Words, but didn’t feel passionate about either club. He also maintained brief involvement with Green Life, Allies, and the German Club. During this time, he also became involved with the French Club, which increased during his sophomore year due to his position as Vice-President, eventually leading his two years as President of the French Club.

Also important to Calderon is Contrast, McDaniel’s literary magazine. He has served on the editorial board of the magazine every spring since starting at McDaniel. Additionally, during his sophomore year, Calderon was the co-editor and this year he is the magazine’s outreach editor. Calderon states, “the best year of Contrast I’ve had is this year. Working with Kailey Rhone, Jazzy Smith and Ema Barnes has been an enriching experience, and I have had lots of fun working with them despite the few bumps that came up here and there.” Additionally, Calderon feels that “There is no better feeling than opening a copy of Contrast, knowing that this is the product of all your hard work.”

Beyond this, Calderon has been a member of the college choir every semester of his college career, and has been in the Madrigal Singers for the past two years. Reflecting on these experiences, Calderon says, “Singing in the choir has allowed me to meet so many wonderful and interesting people, while doing something that truly makes me happy: singing.” He was also thrilled to perform in a variety of places as part of the Madrigals.

Another highlight of Calderon’s college career was being a peer mentor, having done so for three years in a row. While Calderon acknowledges that this can be a challenging job, he maintains that “seeing some of [his mentees] succeed at McDaniel makes it all worth it.” Beyond this, Calderon worked as a tutor for SASS and for the world languages, literatures, and cultures department as a Spanish tutor, in addition to a position throughout the last semester in the college’s communication and marketing department.

Nevertheless, involvement in the Free Press took on a new light for Calderon with time. After the resignation of the Arts & Culture editor, newspaper practicum students were asked if they had any interest in taking on the position. Calderon eventually agreed to take on this role, believing it would last for only one semester. This, however, soon changed for him: he states, “I was hesitant at first, but once an editor, I realized how much I loved helping people with their articles.” Now, two years later, he remains the Arts & Culture editor and has also taken on the commentary section.

College wasn’t all smooth sailing for Calderon, though. One of his greatest challenges involved time management. “There were times I would find myself unable to hang out with friends because I was too busy organizing an event for a club or working at one of my many jobs” Calderon says, “However, over the years, I learned how to better manage my time, though I have yet to perfect the craft.” Moreover, Calderon stated that dealing with people themselves, especially due to the difficulty of avoiding certain individuals at a small college, was a challenge that he worked to overcome.

Calderon remains grateful to various faculty mentors who assisted him on his journey. He is especially thankful for the professors of the world languages, literatures, and cultures department. These professors include Dr. Baage and Dr. Motard-Noar, who always pushed him to improve his French language skills, Dr. Campero, who he could always have an engaging discussion with about literature, as well as Dr. McNichols and Dr. Deveny who assisted him well beyond the Spanish major. He also gives thanks to Dr. Esa and Prof. Zaru.

His gratitude extends to the English department, where Dr. Kachur has been there for him since his freshman year. He is also thankful for Dr. Dobson, who pushed him and find his passion for graphic novels.

After finishing this program, Calderon will move on to Andorra. He has been awarded a Fulbright Scholarship, and will begin this new phase of his life this coming September. He will teach English language and American culture to middle school students. Calderon was informed of this award in March and, on his notification, remarks, “That was one of the happiest moments in my life because it meant I had plans post graduation!”

Calderon offers the following advice to those not yet graduating:

If you’re a junior: Senior year is gonna be both a blast and time of stress. Make sure you give yourself plenty of time to finish important assignments. Plan ahead what you intend to do for your capstone. Trust me, you will be thankful in the end. And don’t worry about not knowing what you will do post graduation, something will come up.

If you’re a sophomore: Be sure to get involved and begin building up your resume. Get a cool summer job or an internship. Volunteer somewhere or do some research with a professor. Get involved with a student organization and take a position of power. Study abroad or travel around the country. Anything that would build up your resume.

If you’re a freshman: Pretty much same as for sophomores, but also start thinking what your major is gonna be. Don’t do what most people may do and major on whatever would give you most money. Major in something you’re passionate about because in the end passion trumps money. You don’t want to get to 40 and realize the job you have is slowly killing you due to stress.

When asked to share one last thing with the world, Calderon stated, “I did it. You’ll find out what once I’m gone ;)” 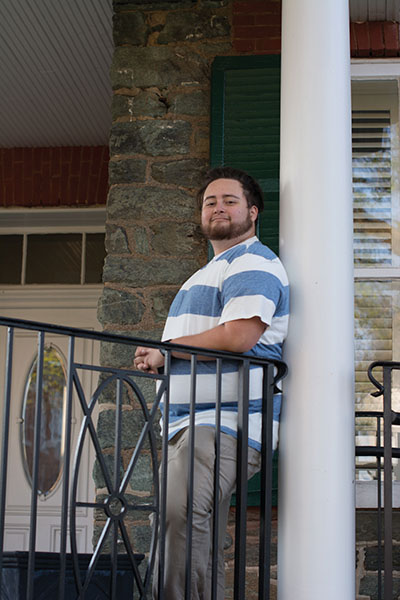 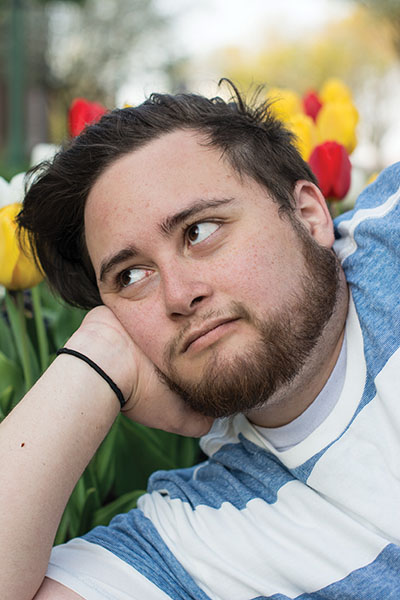 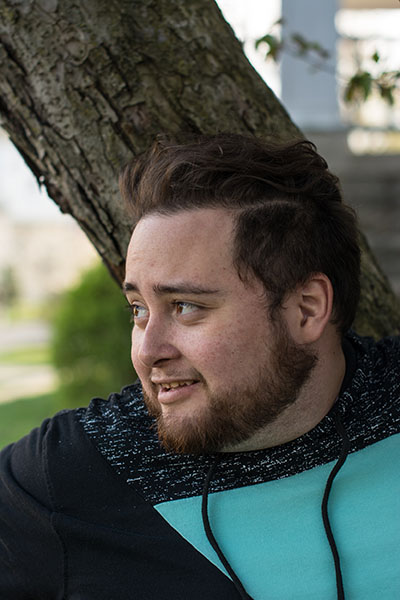 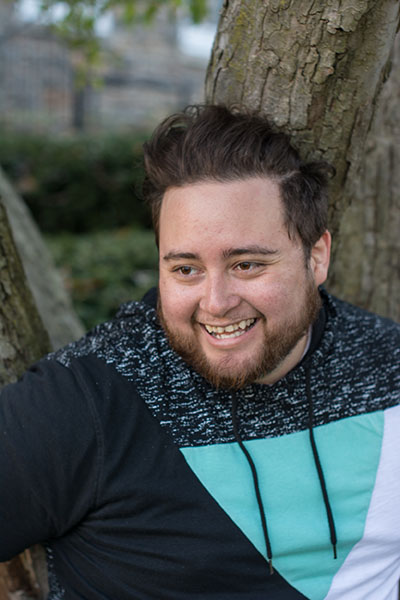 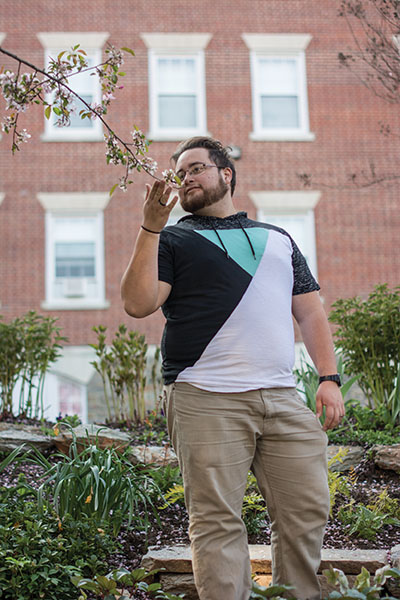 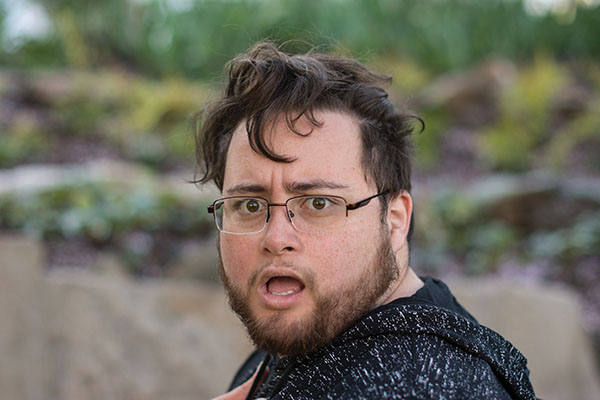