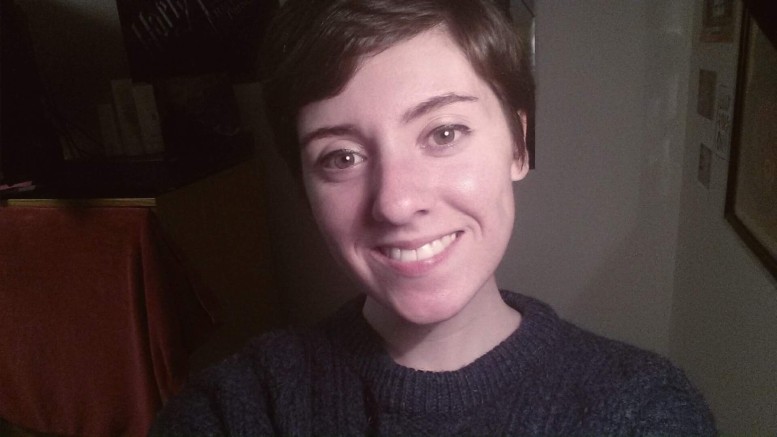 Posted By: Jimmy Calderon, Arts & Culture and Commentary Editor May 2, 2017

I’ve been an office assistant in the Institutional Advancement Department for the past three years. I also wrote notes for Student Academic Services for at least one class each semester.

I was the secretary for the Student Alumni Council, a member of the editorial board for “Contrast Literary Magazine” and eventually co-editor for the magazine.

I enjoyed the academia aspect of college. My desire to learn increased as I became more acquainted with the professors in the English Department. A lot of them encouraged me to take on research and creative writing projects outside of class. Because I eventually want to earn a degree in library and information science, reading through databases and constantly editing work was enjoyable for me. As an early graduate, I really did not have the time or energy to experience the social life that I maybe should have, but I will say that I shared a great friendship with the Contrast team this past year.

The trinity of professors who were with me the whole way was Dr. Regis, Dr. Dobson, and Dr. Mary. Dr. Regis was my advisor since sophomore year and opened a number of independent studies so I could get through my workload in three years. Dr. Dobson helped me set goals for myself in regards to what kind of stories I wanted to tell. Dr. Mary essentially set me on a professional path by guiding me towards an internship in the publishing industry. Working at Wolters Kluwer was a foot in the door, and I met many wonderful people with whom I have kept in touch.

The biggest challenge came at the end of my freshman year when I was told by my parents that I would either have to drop out or transfer to a cheaper school. Not satisfied with either choice, I decided to save myself a year of tuition by graduating early and working at my campus job as much as I could. While the cost would still be more substantial than preferred, my choice has helped me a great deal. Now I just get to face the real world a year earlier than the class of 2018 I had originally belonged to!

My plans are to return to where I interned last summer: Lippincott Williams & Wilkins, a branch of Wolters Kluwer in Baltimore. They publish medical journals and textbooks, which are exported to universities and hospitals. My position was as a Journal Production Assistant, which means I checked that the first editor’s corrections were applied to the manuscript. It is an incredibly tedious responsibility, but is strangely satisfying. I currently review books and hope to also do some freelance writing. Eventually I’ll earn my MS in Library and Information Science, but the goal is to work a little beforehand.

My best memory is finally finishing research for a conference hosted by the Jungian Working Group in Baltimore. Two other English majors, Maggy Self and Mable Windsor-Buchanan, and I spent a summer reading and analyzing James Joyce’s wildly complicated Ulysses. For months following, we studied alchemy in relation to Jungian concepts and how these components could be used to dissect Joyce’s characters. As three people who had never studied psychology to that degree, we were all relieved that we were able to complete the project and present it semi-eloquently to people who were receptive and incredibly kind to us. My worst memory at McDaniel is ending up dehydrated and in the hospital after doing a ropes course for the Leadership program during my first year.

Doing more than you can handle does not make you a more worthy person. Doing what you love with great care and passion is what makes you who you are. Do not sacrifice your mental health to catch up with the successes of people you have convinced yourself are ahead. Chances are they feel just as stressed and occasionally hopeless as you.

Tbh not sure why anyone was excited for their 20s

Editor’s note: Kailey Rhone will be graduating a year early as she started at McDaniel as part of the class of 2018 but because of her fast progress within her major she was able to complete her program in three years.