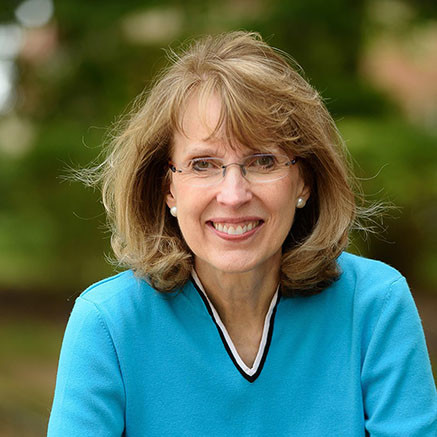 For graduate professor and award-winning children’s book author Mona Kerby, writing was not always a passion, nor did it immediately come easily to her.

“When I was growing up, I never once thought I would be a writer,” said Kerby. “Writing was so much harder than my other homework. It took more time and more thinking. I always did my math homework first.”

At that time, most girls became either teachers or nurses. Kerby chose teaching because the women in her family had been teachers for several generations. She started out as a kindergarten teacher, but soon fate lead her to become a school librarian.

Kerby earned a second master’s in library science and then completed her PhD in Library Science, all while working as a school librarian. After she finished her degrees, she suddenly found a lot more free time. She used this time to write and publish. Five years after she completed her PhD, she had five books published with New York publishers, all geared towards students in grades four through seven.

“I was drawn to children’s books because I was an elementary school librarian surrounded by books and kids,” said Kerby. “I wrote because it was a way to keep learning after earning all my degrees.”

Kerby enjoyed a successful writing career, publishing nearly a dozen children’s books. Then, this academic year, seven of her books went out of print and the copyrights reverted back to her. Kerby wanted to reissue them as paperbacks and eBooks and decided to try her hand at self-publishing.

This came with its own set of challenges. Kerby reached out for help from freelancers to scan the books, edit them in Word, format them as eBooks, and prepare new covers. That process took much longer than Kerby had expected, with more than six months’ worth of work.

Then, she worked on rebranding herself and updating her website, monakerby.com. This also took longer than she anticipated: three months long.

“Still, it was a fun process,” Kerby admits. “I worked with freelancers from the Far East to Great Britain, to California.”

Now, the challenge is to continue to promote her site and her work.

“My writing career has been a journey,” said Kerby. “There have been dead ends and vistas, hills and valleys, rocky and smooth, bliss and despair. But it’s important to expect despair, grit your teeth, and soldier on.”

More information on Mona Kerby can be found at monakerby.com. Her books are available for purchase both as eBooks on her site and in hard copy in the campus book store.

Writer of the Week: Banana Yoshimoto