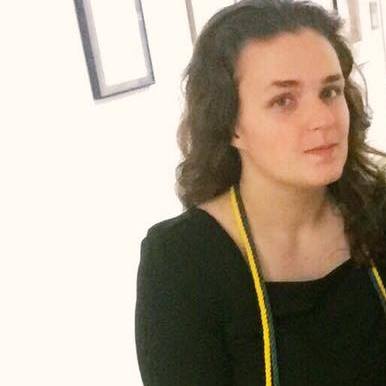 What is your major and minor?
I am a psychology and music double major.
What are some of the jobs you held while at McDaniel?
I didn’t hold a steady job affiliated with McDaniel, as my primary job for my junior and senior years was at Panera Bread in Westminster, but I played trumpet in the pit band for McDaniel’s production of Hair in 2016, and I played a few other trumpet gigs on campus as well.
What organizations were you a part of at McDaniel? What positions did you hold?
I was the secretary for Heroes Helping Hopkins, and I was involved in musical ensembles such as Pep Band, Jazz Band, College Band, College Choir, and Madrigal Singers.
Did you enjoy your time at McDaniel? How?
I did enjoy my time here. I made a number of amazing friends, and I had so many great experiences here. Not everything was great all of the time, but the good definitely outweighed the bad.
Who do you think is/was your best mentor(s)?
I’ve encountered a lot of people who were incredibly beneficial for me here. Nick Reider, my trumpet instructor, and Tim Jenkins, my jazz band instructor, were both incredibly influential, as they both believed in me and encouraged me to take risks with regards to music that I would not have taken otherwise. Dr. Chalk and Dr. McDevitt in the psychology department were also wonderful as well. This person was not a faculty member, but Mollie Murphy was also kind of a mentor figure as well, as Mollie is a year older than me and provided me with tons of advice that helped me immensely during my time here.
What is your best memory at McDaniel?
To be honest, there are so many to where it’s difficult to narrow it down to one. I lived with 3 good friends in one of the quads in McDaniel Hall during my sophomore year, and that was an absolute blast. I have a lot of memories with my jazz band friends as well, including the Monday night post-rehearsal shenanigans over at the Pub, in addition to the post-concert IHOP or Denny’s visits. Also, I have only been in Madrigal Singers for a year, but I have had a lot of fun performing with friends, so I look back on those memories fondly.
What were some of the challenges you encountered and how did you overcome them?
In March 2016, a close friend of mine unexpectedly passed away, and that was definitely difficult to cope with. I had a great support system, so that definitely helped. Also, I have overscheduled myself multiple times throughout my college experience, so I needed to examine my priorities and focus my attention on those in order to get myself back on track.
What are your plans for after graduation?
I intend to go to graduate school for mental health counseling, and I would like to get a full-time job in my field. I would also still like to play music on the side, as that has been something I have really enjoyed.
What advice can you give to those not graduating?
Try not to compare yourself to others. You may see someone who may seem more successful than you and you may think about yourself in a negative light, but it’s not helpful and it certainly is not fair to yourself. Be proud of what you have accomplished, without becoming complacent. Also, some sleep is better than no sleep. I highly do not recommend all-nighters.
Is there anything else you want to share with the McDaniel community?
To the ones who will still be at McDaniel: Don’t be afraid to take risks. Try out for that musical that you love, but you don’t think you could be a part of. Take a class that seems interesting, but is not in your field(s) of study. Also, take care of yourself! Your mental health is just as important as your physical health.
SHARE
TWEET
PIN
SHARE