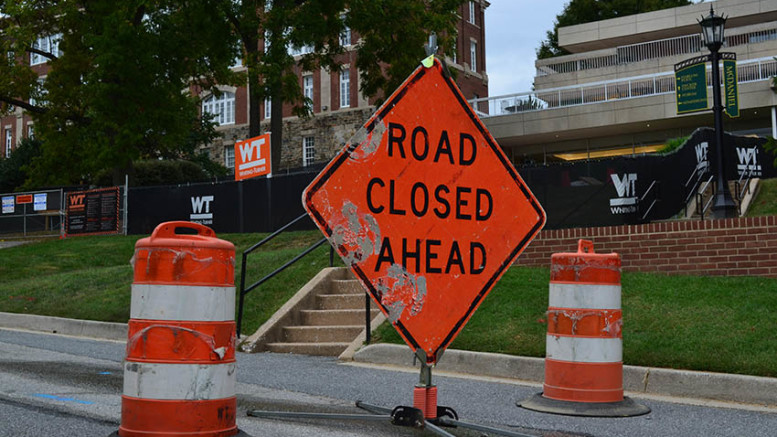 As discussed in February, Decker College Center will be undergoing renovations to better equip it with being a more effective meeting place for students. While these changes are in effect, some offices and spaces have been moved to accommodate construction. The Office of Student Engagement (OSE) and the Office of Diversity and Inclusion (ODI) have shifted slightly to be next to the Center for Experience and Opportunity (CEO), in the basement of Rouzer Hall.

The Rec Lounge has also moved, and will now be permanently located underneath Englar Dining Hall in Gold Room A. With the new location comes the addition of three new game machines: Donkey Kong, Dance Dance Revolution, and Ghostbusters Pinball.

While originally thought to be unavailable, the Forum will now be open and able to be used for the rest of the fall semester. While the front door will be blocked, the side doors next to the former Rec Lounge will be accessible.  Despite the space being open, it will be a smaller space, and there will be ongoing construction, especially during the week. This space will remain open until Dec. 16, when it will close until March.  It will re-open for the rest of the semester, but will close again on June 1 until the construction is complete, which is expected to be Aug. 19.

The Pub will also be moving after this fall break, and will relocate to Klitzberg Pavilion in Gill Center until August. This renovation will also include a new menu called “Freshens.” Some new menu items include fresh flatbreads, nachos, chicken tenders, and hot sandwiches. There will also be a rotating feature of hot food, and pre-made options for quick meals. While in the new space, the hours will be 6 p.m. to midnight, Monday through Sunday.

In an “Ask McDaniel Anything” forum on Sept. 24, Dean of Student Affairs Liz Towle also revealed that “part of the renovation to the Pub is that there will be a redone convenience store area that will be accessible 24 hours a day by card access.” This will fulfill the same purpose of the current Green and Go, but will include food other than snacks, and will be a food option open later than others on campus.

While the Forum is not being moved, it may be difficult to use for the remainder of the semester. In an email sent Aug. 15 to student organization leaders, Associate Dean of Campus and Community Engagement Josh Ambrose explained how the dining hall can be used to host events during this time. Clubs must reach out to Ambrose a month in advance to reserve the space. No outside food vendors may be used in this space, but AVI may be contacted to provide food for the event. Students with a meal plan can swipe in for food, and organizers will not be charged for food. Outside visitors without meal plans will pay $17 to cover food expenses. All music, dance, and other events can be held in Glar after 7 p.m., with a faculty or staff sponsor present for the entire duration of the event.

Construction has also blocked off walkways between Decker and Whiteford, raising concerns of accessibility.