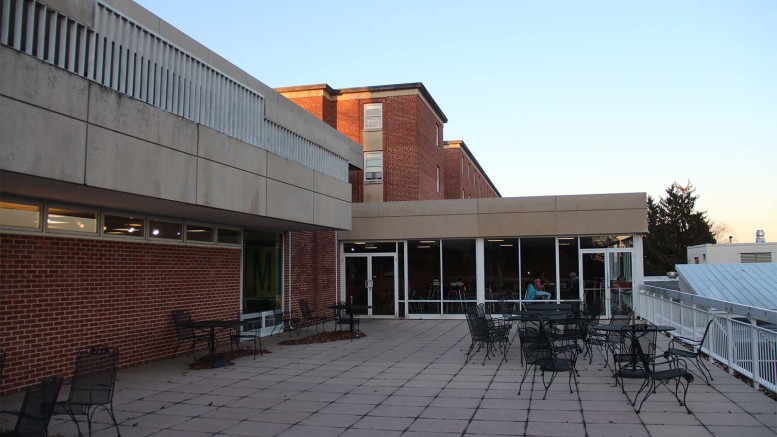 The Decker College Center will soon undergo partial renovations, according to Dean of Students Liz Towle and Associate Dean of Campus and Community Engagement Josh Ambrose. The two deans first discussed the plan at the first Ask McDaniel Anything forum last December.

“It’s a limited renovation,” said Towle, “so not the entire building.”

The focus will be on providing students with a larger space to be able to get together, she said.

Though a timeline has yet to be made public, the College’s space reservation system has the Forum, located in Decker, blocked off for the renovation starting May 20 through Aug. 31. A few events are concurrently listed such as the opening faculty meeting and president’s remarks in late August.

“[It’s about] providing office space for some of the campus offices that we really want to be visible to students,” Towle said. “One big, fun, centrally located office up on that second floor.”

The area outside Glar, where OSE and ODI currently hold connected offices, will see new bathrooms and some updated mechanical infrastructure.

“This is a need that has been identified by students, staff, and administration for nearly 10 years,” said Ambrose.

Two donors have stepped forward to fund the project, he said, as opposed to the dollars coming from the College’s operating budget or tuition.

Ambrose also expects a performing arts space with a permanent stage to make late-night programming for students viable and accessible.

Across from the student area, the Pub will also see a facelift.

“The Pub is getting totally redone,” said Ambrose.

The renovations will introduce new standards in the campus food industry, though details are not yet clear.

AVI, the College’s new dining services provider, will be a part of that, according to Towle.

An official announcement on this topic has yet to be made.

A welcome from the Free Press