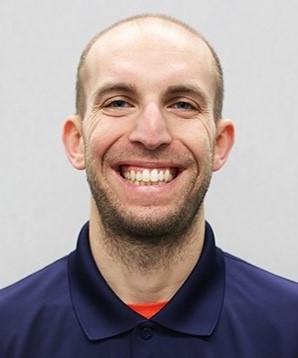 On Aug. 13, McDaniel introduced T.C. DiBartolo as the next head coach for McDaniel Men’s Lacrosse. However, the McDaniel campus has not yet been able to really get to know their new head coach.

Coach DiBartolo graduated from Mount St. Mary’s University where he played goalie. He set  a program record in saves and was named Honorable Mention All-American, as well as NEC defensive player of the year. He took that resume to the MLL (Major League Lacrosse) and was drafted by the local organization, the Chesapeake Bayhawks. TheBayhawks team went on to win back-to-back championships, while he was assisting with his alma mater’s team, as well. After the MLL, DiBartolo took the role of head coach for a couple of Maryland high schools before taking his first college head coaching position at Green Mountain College. He most recently coached at Gettysburg for the past five years. During that time, Gettysburg had some very successful teams. DiBartolo was on the defensive end, leading the Bullet defense to a goals against average of under 8. He also helped coach 24 All-American, 11 of them being his defensemen.

Aidan Boyle: So Coach, what drew your attention to the coaching job at McDaniel?

Coach DiBartolo: I’ve coached in this conference for seven years now. The games at McDaniel, there’s always been a nice crowd. It’s always been a really incredible venue and I’ve always wanted to coach in the Centennial Conference, which I think has a lot of academic prestige, as well as some really tremendous lacrosse and this opportunity allows me to work with a bunch of young men that care about their student-athlete experience, not just the athletic aspect but also being a student. So, this opportunity really was a no-brainer. It’s a great school, it’s a beautiful school.

Aidan Boyle: What do you like about student life?

Coach DiBartolo: It’s very supportive. Having attended a couple of sporting events this fall whether it be field hockey, women’s soccer, or football, everybody seems to have that great community feel. You walk into Glar and into the Roj in general and it’s packed with students, and it’s students from all different walks of life, ideologies, beliefs, backgrounds, and they all seem to be coming together, just for one common good, and that’s just McDaniel College.

Aidan Boyle: So now, what are you looking to bring to this campus?

Coach DiBartolo: I just want to continue to bring in young people that want this experience. I want young men that want to give back in this college community, not just on a lacrosse field. I want them to be involved in service projects around the town of Westminster. Me, personally, I want to give the young men of our men’s lacrosse program an experience that was very similar to what I had, but with that McDaniel flair.

Aidan Boyle: So talking about you specifically now, the sport of lacrosse has given you a lot of great experiences, including playing Major League Lacrosse and being a part of some really good Gettysburg teams. What have you learned and taken from those experiences?

Coach DiBartolo: That it’s not about you. I think that I’ve been fortunate enough to be given so much through this sport. I got my first airplane flight was thanks to lacrosse, my first trip to Europe was thanks to lacrosse, my first understanding of having something really terrible happen in your life and your teammates through lacrosse are there for you. I think that this sport’s given me everything, but I’ve also learned that I have to be a great person, that I have to be a great teammate, I have to be the best person when it comes to helping people through things. So I think this sport’s given me the idea that it’s not about me and that I need to develop relationships with everybody involved in a school community, on a team, in a town, so that everybody can benefit from what this sport has given me.

Aidan Boyle: So now to McDaniel Lacrosse, in general, what are your expectations and goals for this year?

Coach DiBartolo: I want everybody to graduate. That’s more of a long-term goal. I want everybody to succeed in school and I want everybody to have a tremendous time. We’re going to provide for these young men the best experience we possibly can, academically, professionally, personally, athletically, and socially, and all those things make up their student-athlete experience. This is a great conference with some incredible coaches and some incredible men’s lacrosse players, however, I think we will be a competitive team in this conference sooner rather than later because of the other things that we are going to do to set us up for success.

Aidan Boyle: And I’m assuming those expectations and goals, they apply to your future here, as well.Coach DiBartolo: Yes, absolutely. Yes, we’ll have to adapt some things and hopefully at that point we’ll be known as a national winning lacrosse program, but I think that if we can continue to do the little things that are going to help our guys be successful in their lives and make sure their priorities are organized in their daily expectations, everything will continue and take care of itself.