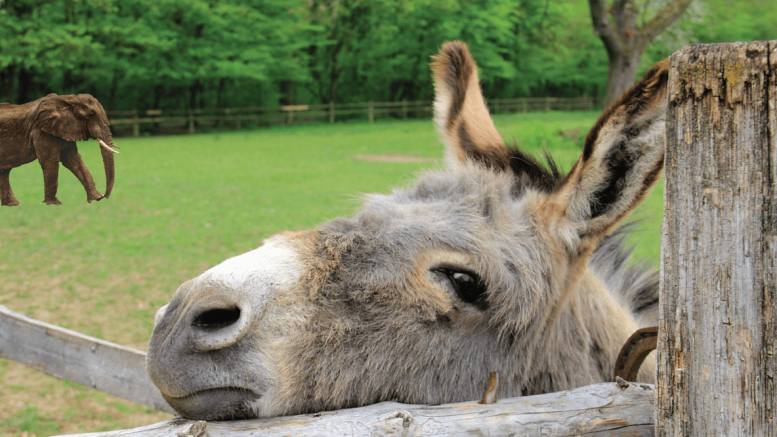 Where are the two parties going? This is the question that many Americans and pundits are asking themselves after the 2018 midterm election. It seems that the parties are going into becoming shells–husks–of their former selves.

The Republican Party has officially become the party of President Trump. While Trumpism is emerging into a political ideology onto its own, it emerged as the fundamental dominant form of Right Wing politics in the U.S. these midterms.

Trump has distinguished himself from the hardline conservatism of Reagan by acting as a right wing authoritarian. The main values of Trump’s Republican Party have been shown to be anti-intellectualism, extremely hawkish on foreign policy, religious fundamentalism, economically nationalist, hostile towards immigration, and discriminatory towards minority groups.

Meanwhile, the Democratic Party is becoming divided between the leftwing faction with figures such as Elizabeth Warren and Bernie Sanders trying to take control of the party’s future, and the Obama/Clinton centrist wing desperately trying to retain its power.

While many within Democratic Party establishment circles will be united in 2020, it seems there will be a civil war for the soul of the Democratic Party. It seems that the party of Nancy Pelosi, Hillary Clinton, and Barrack Obama will become the party of Elizabeth Warren, Bernie Sanders, and Alexandria Ocasio Cortez.

This new progressive wing of the Democratic Party believes in the concepts such as social justice, global cosmopolitanism, and the desire to turn the U.S. into an economic social democracy similar to the likes of Sweden and Norway.

The new left-right divide was shown in the midterms, the most prominent example of this in Florida’s gubernatorial election.

The reason why Florida is more significant than states like Texas and New York is that Florida is the most competitive swing state during both midterm and presidential election years.

Andrew Gillum was of the Progressive Wing of the Democratic Party, while Ron Desantis was a supporter of President Trump and endorsed by the Tea Party. Ultimately Desantis won the gubernatorial election, but it was remarkably close. According to the polling group Trafalgar Group, Desantis won with 50 percent of the vote and Gillum lost with 47 percent of the vote.

This race highlights the new electoral and political divide between the Democratic and Republican Party.

While the Republicans managed to maintain the Senate, the Democrats were able to win the House by a slim majority.

If the Mueller investigation does not force President Trump to step down or if he fires Mueller, then President Trump will lose the 2020 election due to the economic recession that will likely occur, according to most economists. Hopefully the Republicans will do some soul searching and reclaim the values of Lincoln, Theodore Roosevelt, Eisenhower, and George H.W. Bush instead of Barry Goldwater, Reagan, George W. Bush and President Trump.