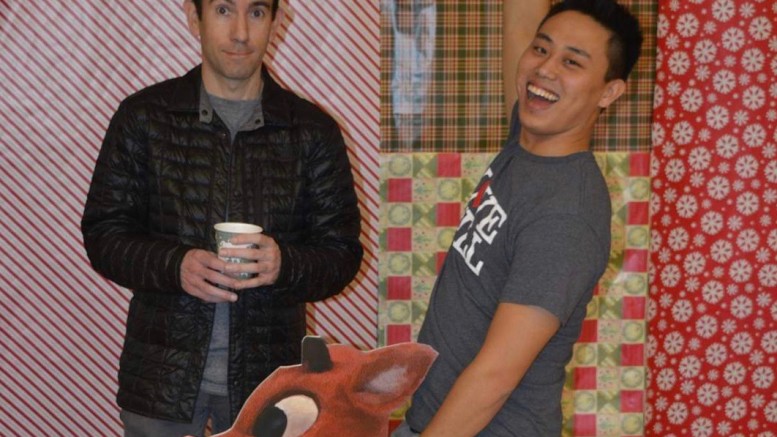 For the first time since 2013, Branden Muth has departed McDaniel. Muth heads to the Johns Hopkins Applied Physics Lab to work as a government contractor at the administrator 3 level.

The post office mainstay has touched the lives of most of the McDaniel community. Since transferring to the Hill in 2013, he’s worked a total of two and a half years at the on-campus post office.

After earning his bachelor’s degree in art, Muth stayed at McDaniel to earn his master’s in human resource development.

“Kenny [Ditto] and I have so many stories,” Muth said of his McDaniel experience. “Let’s just say we know everyone and all of their mailing secrets.”

He hopes that his work at the lab will lead to a career with them, but also isn’t quite sure what’s ahead.

“After undergrad,” Muth said, “I have learned that no matter what plan I have in mind, at the end of the day, I am just winging it and hoping that I am on the right track.”

In seven years at the College, Muth has built a repertoire of experiences and stories. From dueling with Ditto over the post office van’s stereo (country or not country) to receiving “hilarious gifts” and contraband in the mail room, he’s seen it all. But his favorite memory can’t be beat.

“[I was] sneaking into Glar but Ms. Ceil caught me,” he said. “Ever since then, every memory with Ms. Ceil has been a favorite.”

It’s relationships like these that make Muth fond of the Hill.

“The McDaniel community has two parts,” he said. “Faculty/staff is one [part] where no matter how hard the times are for the College, there is a sense of family. Like a family, we have our good days and bad, but in the end, I really am blessed looking back at the relationships with such a great working community.”

Despite the strong sense of family, relationships with students are bittersweet, Muth said.

“Over the years, building relationships with them at the window, [Ditto] and I really enjoy it,” he said. “But like every student, they graduate and go on to bigger and better things. The growth I’ve seen in students from their freshmen years to the ones who graduated is really amazing. I’ll miss working with such a diverse group of people.”

The post office, though not Muth’s end-goal line of work, has been a good stepping stone for him.

“If you can get a position that pays for a master’s, work full time and pursue school,” he tells current undergraduates. “Then your undergrad debt is deferred and if you still make payments, you are paying the principle and not interest during deferment.”

In the midst of work and graduate school, Muth has still made sure to give some time to his interests. His hobbies include surfing, photography, riding his motorcycle, and hunting and fishing.

“[I like] just trying the next new thing because how else am I going to find something I am good at,” Muth said.

He also sells various items on eBay, an appropriate pastime for a man with such easy postal access.

“[Ditto and I] go to auctions and buy antiques,” Muth said.

Through all the students, faculty, and staff Muth has interacted with in his five years, Ditto will remember his boss–and friend–the most.

“This man [Ditto] has taken me under his little wing and has mentored me in the workplace and in our life outside of work,” Muth said. “He has taught me more in my time working for him than I had in my undergraduate experience. His constant focus on development has helped me to mature. I can say that he is the unsung hero at McDaniel College and I am proud to call him one of my closest friends.”