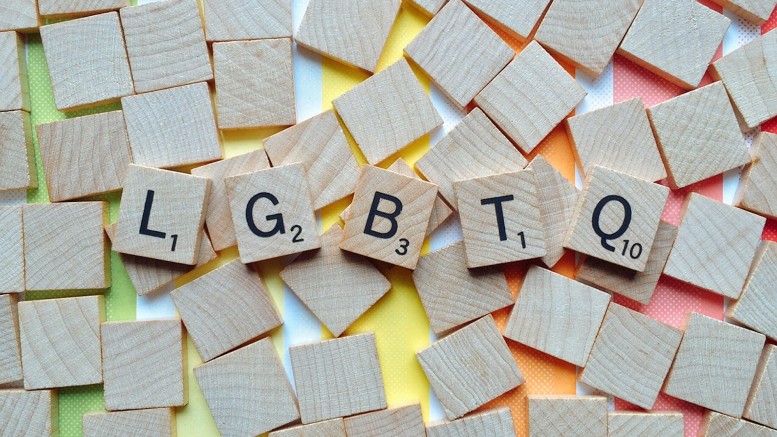 When one thinks about the LGBTQ community, people identifying as gay or lesbian are likely the first to come to mind. Many people don’t shed light on the “T” part of LGBTQ: transgender people. Transgender individuals are the most underrepresented group within the LGBTQ community, but why is that? Today I will explore the minds of actual people who identify as transgender (often shortened to trans) and get insight on their life experience. I am also taking a look at the outside community. I am speaking to people who don’t identify as trans and people whose opinions differ from others.

The dictionary definition of transgender is “denoting or relating to a person whose sense of personal identity and gender does not correspond with their birth sex.” But is that definition true to its meaning? For this project, I had the honor of interviewing two people who identify as trans. To start off the interviews, I read the definition to them and asked both parties if they agree with this definition. “I totally agree,” was the response I got from people who identify as trans. During the interview, I asked questions about identity and transitioning. Both parties’ experiences were different from each other. My follow up question was “From a young age did you believe you were born into the wrong body?”. Nick Baxter, a transgender man, responded by simply saying “no, not really.” He went on to further explain that it wasn’t the body that he was born in: “I embraced my femininity,” he said. It was the way society treated women, he responded.

We then got into a deep conversation via typed questions and voice memos about the transitioning process. I asked about family and the support he received. He told me about having to let people who didn’t support him go and having to find people who did. His experiences differed from Kevar King, who felt like he was in the wrong body. King told me about not having much support whereas Baxter’s parents understood and were a little more open minded. The two men gave me insight on multiple subjects within the trans community, such as the steps in transitioning and the emotional aspect of it. The thing that stood out to me most was the violence. At least 30 trans people were killed this year alone. With many murders and attacks from close friends and partners, it seems like this year trans women have been a target. Although in the media there is some representation of the trans community with shows like “Pose” and famous trans celebrities like Laverne Cox who shed light on their community, many are still uneducated about trans people.

For my second set of interviews, I talked to people who do not identify as trans or have not experienced a gender identity crisis. I asked identical questions to this set of people, who decided to remain anonymous. “What’s your definition of a trans person?” I asked. “Someone who wants to be a female,” one responded. “Someone who wants to switch genders,” another responded. Many people often associate being trans with a man wanting to be a woman, which is highly incorrect. The public’s view of transgender people are often associated with deceit. Many believe that trans people are not actually considered “real” men or “real” women if that wasn’t their sex assigned at birth. One person even told me of a story where someone in their community was killed by their boyfriend for being transgender. During the conversation, some respondents had an open mind. Others didn’t. One of my sources reported that they don’t see trans people as real men or women; one said although they are not homophobic (which is another false idea outside people have about transgender), they still really couldn’t date or be friends with a transgender person. Most people confuse sexuality with being transgender which is not true at all, said Baxter. It’s not about sexuality; it’s about being comfortable in your own skin and with who you are.

At the end of my interviews with Baxter and King, I asked them to give me a couple tips that I could share with the public on how to respect transgender people. Tip number one: educate yourself. Don’t be ignorant; do the research and educate yourself on trans people and their struggles. Tip two: be open minded; you don’t have to agree with the lifestyle, but you don’t have to disrespect it. Get to know someone based on their personality instead of based on how they identify themselves. Tip three: empathy. Life is already hard enough as it is. Being different is not always accepted everywhere. Be that change; try and understand the struggles of living as a transgender person in a community that may not be as accepting. It affects the outside and inside. Some transgender people have to fight a battle within themselves to try and understand themselves. Be a shoulder for someone to cry on or an ear to listen; you never know what someone might be going through. Lastly, treat them like regular people, which they are. Do not let identity influence the way you treat others, especially trans people. Make sure you use the correct pronouns and make sure you show respect. These tips are all simple things you could do to help make the world a better place. In a world full of hate and violence, try to be a beacon of love, peace, and inclusion.