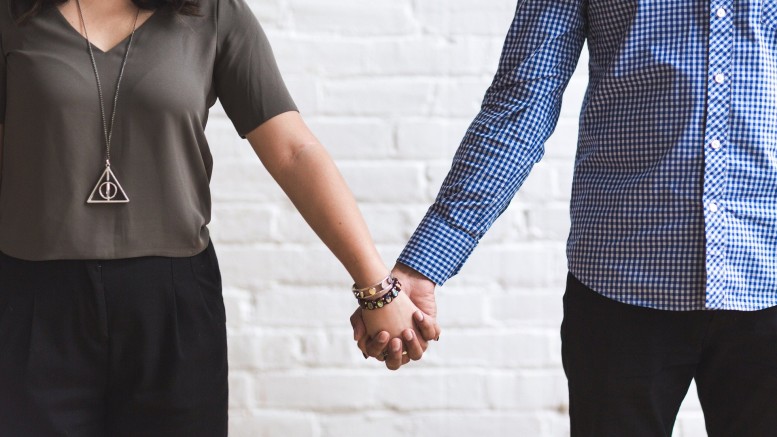 I don’t mean to scare you, but according to the National Sexual Violence Resource Center, one in three women, and one in six men have experienced some sort of sexually-related violence (which I’ll refer to as trauma in this article) in their lifetime. And on college campuses, 20-25 percent of women are victims of rape, and 15 percent of men are raped. 90 percent of the sexual assault victims on college campuses won’t even report their assault.

So by now, you must be wondering—how is all of this relevant to me? Well, if you are reading this, you may know someone who has been sexually assaulted. I believe that we all bear the responsibility of being educated about topics of sexual assault. Bringing sensitivity and awareness to topics of sexual assault is what helps victims feel like they are being heard. Sexual assault is common, and the trauma from it is something that millions of people have to live with every day. It is imperative that we talk about it. To begin, I wanted to start a conversation about how sexual trauma affects romantic relationships and dating.

I feel as though no one ever talks about how difficult it can be to date after being sexually assaulted. When you’re in therapy you go over things like coping skills, your past, and ways to try to live a peaceful life. But trauma is heavy, so even when you’re living as peaceful as the Pope, it sits in the back of your brain like a dormant alarm clock. The moment when you least expect it, it overcomes you. To give you some real-world scenarios: when you’re on a dating app, when you’re out at a party, while you’re running errands, or even when you see someone attractive a conscious worry or fear is troubling your mind. And you think to yourself—damn… how do I do this again? Well, I don’t have an answer, nor do I think that there is a perfect answer.

Fortunately, I found three volunteers that could potentially give me some answers—or rather some perspectives—on how they, as survivors of sexual trauma, navigate dating and romantic relationships. I first wanted to know why they decided to volunteer for the interview, which I described to them as, “a discussion about how sexual trauma affects dating.” Volunteer number one expressed that he believed it is important to discuss sexual assault from a male survivor’s perspective. He said that it was his “civic duty” to spread awareness. Volunteer two admitted that she’s never before spoken about her trauma to anyone, but felt comfortable doing so in a confidential setting. Volunteer three admitted that she wanted to be interviewed because she felt her sexual trauma is a concern that arises when dating.

When asked if they had experienced difficulty establishing romantic relationships due to their trauma, all answered yes. This reveals that there is an issue between sexual trauma and dating. To go in depth, volunteer one said that he is single because of his trauma. Due to his experiences, he is now psychologically triggered when touched, thus responding with violence to protect himself.

When asked about therapy, volunteers one and three shared that they’ve been in therapy and that therapy has helped with their healing. However, both volunteers also said that they have difficulties establishing romantic relationships because of their trauma.

So, what does this signify? Here, the similarities between volunteers’ responses reflect that not only is there a relationship between sexual assault and difficulties dating, but also that there is a lack of communication about relationships and dating as it relates to trauma.

As a functioning member of society, I feel that people must know these things. It is highly likely that you are going to encounter a sexual assault survivor one day, so in the event that this occurs, you need to be aware of and sensitive to the struggles that a survivor faces.

Finally, I decided to ask my volunteers what traits they like to see in a romantic partner, and I wanted to use their responses as a way to educate others on how to better understand survivors, and also be more compassionate when involved with someone who has experienced sexual trauma.

When pursuing someone who has been sexually traumatized, it is best to: 1) Be patient, because their experiences have taught them to be guarded and protective; 2) Respect their boundaries, because that is what will help them feel most safe; 3) Always be open to communication and understanding of their opinions, and 4) Be able to express your interests in them, so that they feel wanted.

Sexual assault changes people, but these people live among everyone. So when we talk about anything related to it, we need to be mindful because they deserve consideration, just like everyone else.

I didn’t think it would happen to me