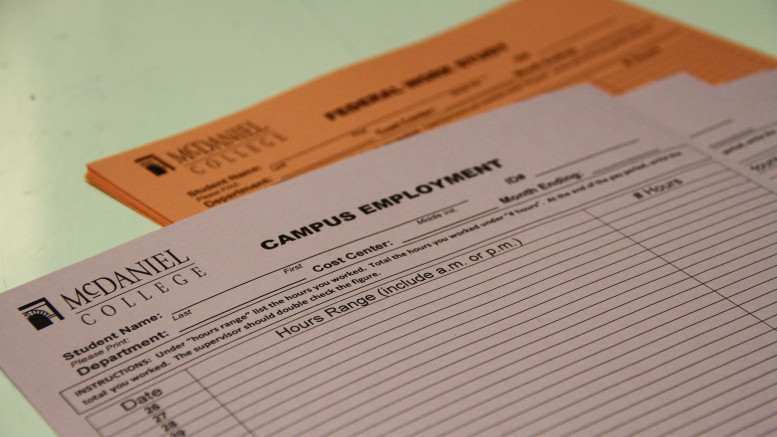 The start of the spring semester brings some reportedly exciting changes to student workers on campus. As Director of Human Resources Jenni Glennon announced back in December, McDaniel will no longer require that student workers fill out paper timecards. Instead, students can now clock in electronically through the ADP payroll system.

Perhaps most exciting, this allows students to be paid biweekly, rather than monthly.

The Payroll department launched the electronic timecards over Jan term for the limited number of students working during the winter. They have shared that students have been successfully paid for several pay cycles now, using the new system.

The transition did not occur without hiccups, though. The Human Resources Office held several open sessions to help answer students’ questions and troubleshoot any problems with creating an ADP account, logging in, or recording hours worked.

Then, Human Resources Payroll Assistant April Tuggle sent an additional email to students who work in multiple departments on campus in order to address a common question.

“After processing two successful pay periods on the new system, we received some feedback that there may be some confusion on how to document the various departments,” she wrote.

ADP assigns each student a “home” department, Tuggle explained. This is determined by the order in which a student obtained his or her jobs. When clocking in for a different department than the first “home” department, the student should use the “transfer and punch” button.