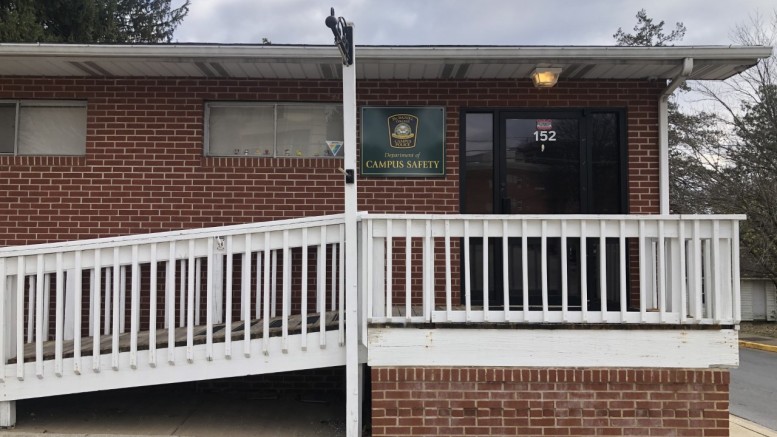 “Campus safety officers have an expectation to interact with everyone in a courteous and professional manner, whether it is with a student, faculty/staff, or other members of the greater community,” said Chief Eric Immler, director of campus safety, in response to a question about the guidelines for campus security conduct with students.

Though expectations are clear, there are some undocumented accounts of students feeling that campus safety officers misuse their institutionalized power in a manner that is problematic for their safety.

In one account, a campus safety officer invited a female student to reach out to him personally for campus safety resources. “During Local, it seemed to be a little flirtatious whenever he was talking to me. There was a time when we were having a conversation when it was just the Local Leaders around and we were all hanging out and he like stopped to talk and made some comments like ‘Oh, anytime you ever need anything just call when I’m at work,’’ said Anonymous. Recalling her feelings of confusion from his suggestion to contact him directly, she thought that the interaction blurred the lines between a campus resource and a ‘friend.’

Another student at McDaniel College interacted with a campus safety officer on “Tinder,” a popular dating app. The officer matched with the student whose profile was marked by the banner given to students of McDaniel College. It is not known whether he was aware of the banner meaning.

This student originally assumed that the officer’s profile belonged to a college student. Once looking through the officer’s photos and consulting with friends after they matched, she realized his connection to McDaniel campus safety. “It was definitely a conflict of interest for him I’d say, maybe not quite appropriate for the association between us,” said Anonymous. They did not interact any further after matching on the app.

During her freshman year, she interacted with the officer a lot to get into her building and believes this was one of the reasons she was ultimately able to recognize him, “Back then, it was just normal, and now, it would feel much more awkward. But I would try to be casual or not mention it or try to put myself or him in a situation where it would be uncomfortable,” said Anonymous.

The transaction on Tinder has influenced how Anonymous interacts with the campus safety officer. “I feel kind of awkward now so whenever I see him I kind of just turn the other way really quickly,” said Anonymous, “There haven’t been interactions that led me to believe he recognizes me. But, I don’t know, if you match with someone on Tinder and their bio says ‘McDaniel College,’ and you work there, you’re probably on the lookout for them.”

“It crosses a line when a campus safety officer makes comments about someone’s body or engages with them in a way that is too intimate and personal and social,” said senior Rachel Gunnerson, a Rape Crisis Intervention intern, co-president of McDaniel Consent and Sexual Education club, and a social work major.

“There is an inherent power dynamic between a campus safety officer and a student because the student knows that the campus safety officer could get them in trouble,” said Gunnerson. This dynamic becomes more heightened for women, “In general, women are taught to treat men in polite and face-saving ways, no matter their behavior, so it’s the case here that women are going to feel obligated to say thank you or accept what they are doing, trying to think of it as a compliment or trying to push it out of their minds because they know that they can get in trouble from that person.”

In another account, on more than one occasion, an older campus safety officer doing fire extinguisher checks commented on the outfit of a female student, who also asked to remain anonymous in this piece. She recalled he would particularly make remarks when she was wearing a short skirt. In these encounters, she would be going about her day, not engaging, when the officer would enter the residence to perform these checks, and choose to comment on her appearance.

While these women do not define their interactions as acts of sexual violence, Gunnerson finds the actions of the campus safety officers to still be problematic, and contributing to a larger narrative of misconduct. “Not that there has been an incident that we know of true sexual violence against students from campus safety officers, but it should be noted that those who perpetrate sexual violence, which also could include harassment, which some of the things said could be labeled as harassment… is because of power and control,” said Gunnerson, “People who are campus safety officers are already in that position of power and making those comments about someone’s body or being too forward or being too social and acting as a peer, that is a way to exert that power.”

No McDaniel officials have been made aware of the accounts in this article. Immler indicated that students with complaints can report to him directly. “The College, as an employer, maintains policies related to all employees and relationships with students.  As an employee, officers are to abide by these policies the same as any other faculty or staff member of the College. Specific complaints related to any employee’s interactions with students would be handled as an employment matter, investigated on a case by case basis,” he said.

Gunnerson suggests that it might not feel so straight forward. “It can be really difficult for someone to come forward if this were to happen to them, if they were to have a weird interaction, because who is the one who deals with these interactions? It’s campus safety,” said Gunnerson, “Someone might feel comfortable reporting it for fear that they would find out.”

Students can report concerns to the Title IX coordinator, Jennifer Kent, or report information anonymously using the Student or Incident of Concern Report form. In additon, any student can contact the Director of Human Resources, Jennifer Glennon, to share concerns about a college employee and may choose to remain anonymous. Anyone can reach out to the Rape Crisis Intervention Services in Westminster for hotline counseling and other accessible services at (410) 857-0900.

Liz Towle, Dean of Students, indicated that the College, “takes our responsibility to respond to and address reports of sexual harassment very seriously, especially when it involves a student and an employee. For this reason it is even more critical for students to report what they have experienced.”

“You don’t have to keep this to yourself. It can feel uncomfortable, but if you want to come forward and gain power in that way that’s within your right, but no one should have to come forward if they don’t want to,” said Gunnerson.

The Free Press editorial staff decided to make the unusual decision to publish this article featuring several anonymous sources. Behind the scenes, “Concerns raised about campus safety-student power dynamics” was thoroughly fact checked and sent to our faculty advisor for review prior to publication. The Free Press is committed to allowing all members of the McDaniel community to have their voices be heard. The article features accounts by real students. Their identities were kept anonymous to protect the identify of those students and respect their comfort levels. Read our formal policy regarding exceptions for granting anonymity. Any questions can be directed to Co-Editors-in-Chief Ciara O’Brien or Molly Sherman.

A community within a community