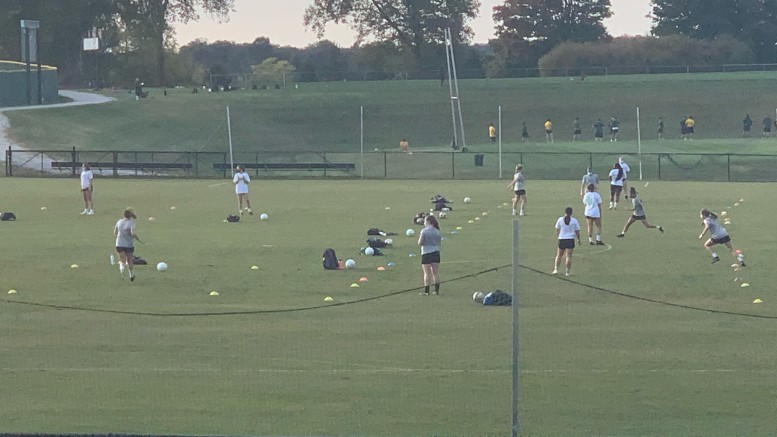 McDaniel College Athletics, after several months of conversations and discussions behind closed doors, has decided to bring the fall season into full swing.

Despite the Centennial Conference’s decision to not continue with fall sporting events across colleges, teams across McDaniel College are gearing up for next spring – including some typical fall sports. The lack of a football season has been a huge hit to campus life, so the college and the Centennial Conference are playing with the idea that our regular season is played in the spring, rather than early fall.

McDaniel College Athletics has started a campaign to “fill the bowl” to encourage members of the McDaniel Community to donate sums of money to the college to reserve spots and spaces, with tiers ranging from $25 to a grand $1,867. All donations to the campaign will support student athletes at McDaniel as they prepare for the coming seasons. Athletic Communications is also promoting a “#MaskUpMcDaniel” campaign to highlight the college’s variety of different sports and star athletes.

Although the college is excited to celebrate the return of sports at McDaniel, some members of the student body are not as keen to hop into regularity so quickly. There is some fear with sports practices commencing, and students spending more of less isolated time together on and off the field, that McDaniel’s Green Level status will be difficult to maintain in the coming weeks. Even before practices began, McDaniel’s total amount of COVID-19 cases has been slowly rising with each week.

Student athletes from different sports on campus believe that the athletes, the coaching staff, the school, and the athletic department are all working diligently enough that any chance of new cases is slim to none. The life of a student athlete has shifted drastically since the start of this unique season, with practice schedules being shifted around, more accountability and responsibility on every team member, and the exclusion of a normal season weighing on every athlete’s shoulders.

“What’s different about football right now is that we only have our individual training right now,” says punter Andy Witten. “Lifting and academics are on our own,” says Witten. He also explained how McDaniel’s phasing program works, explaining that each piece of equipment each athlete touches solely belongs to them during practices to limit contamination from player to player. This extends from practice pads to individual footballs on the field. Other sports are exhibiting similar limitations to prevent cross-contamination, such as softball and baseball sanitizing their balls and bats and throwers on the track and field team each owning their own set of throwing equipment, such as shotputs and discuses.

The biggest change seen across the board is that whole teams are no longer practicing together. Small groups, either separated by position, gender, or graduating class, are how student athletes are experiencing team connections during practices. Even then, students are still accommodating for social distancing on their runs, in their drills, out in the field, and in the pool. Runners in track and cross country maintain a 10-15 second gap between them to avoid drafting and swimmers have larger lanes with a limit of one person per lane.

Most teams at McDaniel exceed the expectations of the school and state guidelines by keeping masks on even when they are not required to, such as the throwers when they condition on the turf or the swimmers who only remove their masks seconds before they’re entering the water. Senior swimmer Zach Kiick says, “We take [these restrictions] especially seriously, because we know we’re one of the few sports who absolutely has to have our masks off to practice and compete.”

Despite all of the restrictions, the heightened responsibilities, and the fact that their seasons are cancelled inevitably, the student athlete populace maintains a positive attitude. The ability to practice with their teammates, talk with their coaches, and enjoy the sports they love grants every student athlete a sense of relief that they have been yearning for since being sent home last spring. “It’s nice I am able to finish my mile and cheer on my teammates,” says track and field captain Julia Murphy, a sentiment she shares with most of her teammates.

Zach Kiick speaks for all McDaniel student athletes when he says, “We’re excited to hit the ground running, well… to hit the water swimming,” whenever that may be.