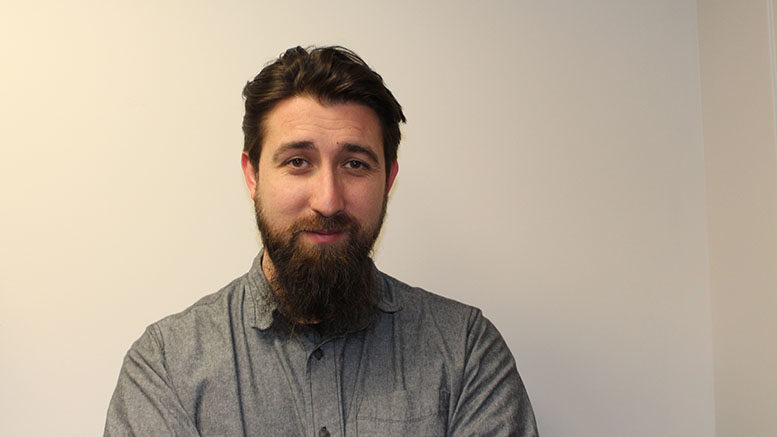 Sometimes there are people behind the scenes that work to make the world turn. Whether it’s in politics, businesses, or even on a college campus, there is always a nameless person we have to thank every once in a while. Here at McDaniel, however, former Dean Josh Ambrose broke that norm.

Some people know Ambrose as the Director of the Center for Experience and Opportunity, some know him as the Associate Dean of Campus and Community Engagement, and some may only just remember him as ‘the strange wizard-man at my McDaniel Local,’ a title he surely wouldn’t be disappointed in.

Ambrose worked diligently in the many offices and positions he’s served throughout his years at McDaniel. and yet still maintained growing connections with groups of students year after year despite his busy schedules.

Ambrose’s impact on McDaniel College’s campus was greater than some people may initially realize. His work on signature programming and entrepreneurship helped shaped McDaniel into the institution that it is today and even lead him to the career he has now at Johns Hopkins
University as Director of Student Ventures, a small office that focuses on networking and entrepreneurship opportunities with Johns Hopkins’ students, faculty, and staff.

Ambrose said, in an interview over zoom at the beginning of the semester, that “his work at McDaniel directly lead into [his] new position at Johns Hopkins,” and said that Johns Hopkins reached out to him asking him to “do the same thing he did in Westminster, but in Baltimore,” a compliment to the work he did for the community at and around McDaniel.

Ambrose’s work in Westminster consisted of relaying communications between businesses in the Westminster community and McDaniel’s campus community as well as serving as an advisor to many student
organizations and meeting with students to discuss their future professional endeavors during and after their time in higher education.

On campus, Ambrose’s work quite literally changed and shaped McDaniel into what it is today. One his most notable achievements and teams he has been a part of is the team that designed the McDaniel Commitment platform that all McDaniel undergraduate students follow during their
time on the Hill. Most notably, Ambrose’s involvement in McDaniel Local, the ‘My Place’ piece of the McDaniel Commitment, is where Ambrose shined the most. “I have lots of gratitude for that team and that project,” Ambrose commented about the aforementioned McDaniel Commitment program. “I’m excited to see where that project goes, how it evolves,” he added later on.

Ambrose’s commitment to the Liberal Arts stems from his past, where he noted both he and his father “had switched jobs” regularly, but were both aided by a liberal higher education, preparing them for different opportunities and positions in the working world. “I like wearing many different hats… everyone should be ready to change,” he said.

When asked about the liberal arts at small schools like McDaniel, Ambrose commented on how entrepreneurship could play a larger role in a liberal arts program. Ambrose was the faculty advisor for the Entrepreneurship Club on campus, where students aimed to go forward with business
ventures and taking risks. Ambrose said that programs like the Entrepreneurship Club allows students “to solve problems creatively” and “actually do things related to their majors and interests,” rather than just study them in the classroom. Ambrose asserted that this idea is “integral
to [his] entire career,” and that the “whole point of learning something in the classroom, the whole concept of it, is that it can and will apply to the rest of your life.”

Ambrose is happy with where McDaniel College is at right now and is excited to see where and how it takes off. “I’ll always be a member of the community, even now my home is still here in Westminster,” he said. His time at McDaniel with the writing center, the free press office, McDaniel Local, and the Center for Experience and Opportunity all brought him to where he is today, learning from each job and experience to bring him further and further along his path, not dissimilar to that of a college student’s experience.

In his final remarks, Ambrose noted that he “has traveled all over the country and the world… and everyone complains about and asks the same two things: How do we make a community and how do we make jobs?” He continued by saying that the work he did at McDaniel and the work he does
now at Johns Hopkins are all dedicated to answering these two questions. “At McDaniel, people have the opportunity to change the world around them, more than they probably know,” Ambrose asserted.

Ambrose recalled a conversation when he first got hired at McDaniel with former professor and Common Ground on the Hill founder, Walt Michael, who spoke fondly of another important actor in where McDaniel College is today, Ira Zepp. “[Walt] recalled something Ira had said while he
was here,” Ambrose continued, “that people must ‘bloom where they are planted’…. I’ve always endeavored to bloom and took advantage of every opportunity I had since.”

That very same aspiration to strive can be seen in the legacy of Josh Ambrose at McDaniel and his story of success, teamwork, and community can serve as lessons to all students at McDaniel College and maybe even the faculty and staff as well. Here on The Hill, amongst hardship, and hurdles, and pain, we can recognize that the ground we stand on is nutritious and healthy, and we must plant ourselves firmly to not be amongst the weeds or the grass or the mud, but to bloom upwards and outwards, to stretch beyond who we are or what we thought capable and become something better.

Josh Ambrose saw this potential vitality that laid dormant below the surface of McDaniel and thus created programs and organizations that took full advantage of this recipe for success. Students, faculty, and staff at McDaniel are at the precipice for change that the world needs, and the opportunities in student organizations, jobs, community meetings, and more are just the starting point for that change. Josh Ambrose is just one of many stories that took advantage of McDaniel’s true potential, something he wishes to see the community here on The Hill take advantage of as well.