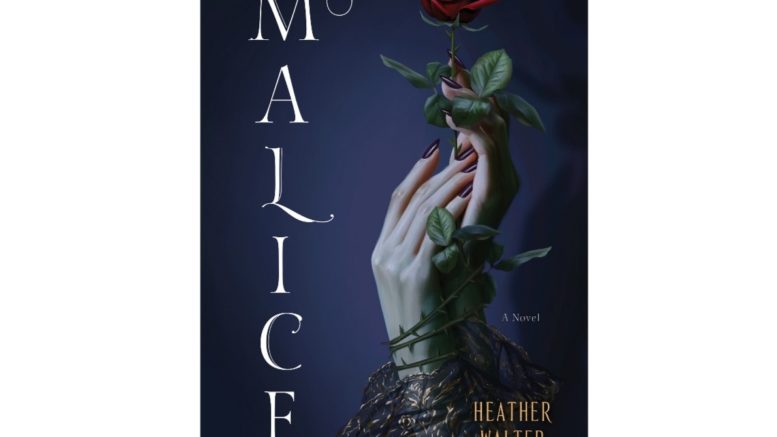 “Aurora could have created a new world. A realm worth fighting for. They do not deserve it.”

I’ve always loved fairytales and all their different retellings ever since I was a kid. Malice, written by Heather Walter, falls explicitly within this category as a sapphic retelling of Sleeping Beauty.

The story centers around Alyce, a girl with magic unlike any other of those in Briar. In the book, Graces are humans able to use their golden blood, gifted by the fae, to do small acts of magic in the form of potions and elixirs. However, Alyce is part-Vila, an extinct race able to do dark magic without the loss of vitality that Graces experience as their magic sources are used up. Because of this, she is feared and despised, and while people pay for her skills, she is known only as the “Dark Grace.”

However, after developing an unlikely friendship with the crown princess Aurora and receiving a chance to train with another of her kind, Alyce is given new hope to change her fate forever. The catch is that the royal bloodline Aurora is part of is cursed: all female descendents, unless they receive true love’s kiss by the age of 21, will die.

Alyce needs to find a way to break the curse, learn the true extent of her magic, and find a way to free herself from her status as the Dark Grace, all while dealing with and evading the three tiring Graces she lives with. Not to mention, there seems to be an evil far more insidious within the palace walls themselves..

There’s a lot that can be said about the delightfully dark fantasy that is Malice. This story has a slow start, but it makes sense (as well as the abruptness of the ending) considering this is the first book of a duology.

There were also some plot holes that I wished had been better explained and some details that I hope will come up in the second book. However, I loved the world-building and became so enthralled with the story that I read nearly the whole book in a single afternoon! It’s worth noting that there are A LOT of different subplots going on, from the politics of the world designed in the book, to Alyce’s own story, and otherwise. It’s not a book that you should sit down and skim. However, if you love fairytales as much as I do, and morally grey main characters, I genuinely think you’ll enjoy Malice as much as I did. I know I’ll be patiently waiting for the sequel!

Malice is Heather Walter’s debut novel and the first book in the Malice duology. It was published April 13, 2021 by Del Rey, a division of Penguin Random House LLC, and is available wherever books are sold. You can find more about Heather Walter on her website, www.heatherwalter.com.