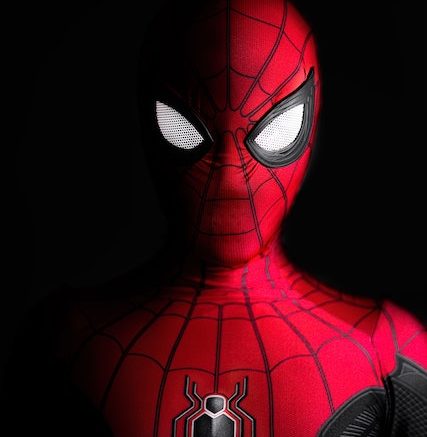 “Spider-Man: No Way Home” had the immensely difficult task of meeting so many expectations and juggling multiple plot points. With leaks of Tobey Maguire and Andrew Garfield reprising as the web-slinging hero, the stakes of this film became even higher. Despite all this, everything from the humor and action sequences to the emotional stakes was one heck of a ride that can be experienced again and again. Overall, “No Way Home” celebrated two decades of Spider-Man storytelling and something drastically needed during difficult times.

Unlike the previous two Spider-Man series, the third installment of Tom Holland’s version functioned as his true origin story. Fans have complained that the Marvel Cinematic Universe Spider-Man does not suffer any dire consequences for his actions and relies too much on Stark technology. The movie highlights this declared flaw by showing a Time Magazine cover of a baby Spider-Man crying, captioned “Iron Man Jr.” The web-slinging hero that stays true to the comics must deal with heartbreaking loss. Holland’s Spider-Man not only loses his aunt because of his selflessness, but he also loses his girlfriend and best friend.

The movie had the difficult task of serving justice to all three generations of the live-action Spider-Men. Maguire and Garfield could have been shoved into the film solely for fan service and an easy cash grab. Instead, Marvel took the time to understand the journeys both predecessors endured in their versions and used them to inspire the newest member to handle the heavy load of responsibilities in serving those who afflicted him.

With Maguire being the oldest of the three, he is given the mentorship role. His version regrets Uncle Ben’s death and failing to save Green Goblin. Peter becomes the darkest version of himself in “Spider-Man 3” when learning Flint Marko/Sandman killed Ben. He compromises his morals of not viciously murdering people, as Aunt May explains to him. The theme of that movie is forgiveness, and Maguire’s character tells Holland that he needs to learn that lesson too. The death of Norman Osborn left a stain on his friendship with Harry, which eventually led to his untimely death. “No Way Home” gave Maguire the chance to undo his mistakes in one fell swoop. He prevents his younger colleague from giving in to hate and unintentionally becoming the monster he is trying to stop while giving Osborn the second chance he desperately needs.

Garfield sticks out in Hollywood for apparent reasons. His charismatic charm on-screen has won him multiple awards, including Oscars. Unfortunately, his talents and devotion to the superhero were not put into good use in Sony’s reboot. Even with a rushed and faulty script, Garfield poured his heart and soul into the role, making it the most exciting part of his duology. Garfield’s most costly failure was not being able to save Gwen Stacy. His failure led him to give up the superhero life for months until he finally returned. In “No Way Home,” it’s revealed that he stopped pulling his punches after battling the Rhino–something Stacy would not have wanted from him. There is a touching moment in which Garfield looks at Holland’s Spider-Man and MJ, imagining his life if not for his failures. Definitely in the top five most gut-wrenching moments of the film, he redeems himself by saving his younger colleague’s love interest. The cherry on top is how that moment meant more for Garfield, even though his life was not about to be taken.  Garfield’s ability to steal the show has been praised to the point where fans are now demanding an Amazing Spider-Man 3, something seen as highly improbable seven years ago.

It can be easy for the average person in the MCU, especially a naive teenager, to dream of superhero life. As seen in the Disney+ series Hawkeye (2021), heroes are treated as global icons. Of course, this public notion could not be farther from the truth. Every avenger that came before Peter Parker has a dark past that involves the loss of multiple loved ones and their innocence. Spider-Man learns this lesson the hard way, in fact, to an unprecedentedly extreme level. A core to most Spider-Man stories is that he suffers for committing selfless acts. The audience sees this when Maguire loses his uncle and best friend. The audience sees this when Garfield loses his uncle and girlfriend. Once more, the audience sees this when Holland loses his aunt, girlfriend, best friend, and everyone who knows him. In all three scenarios, Peter was the one responsible to some degree.

The task given to Director John Watts could have gone wrong on so many levels. Including three versions of the same character that has defined many childhoods had to be so precise. Thanks to the talents and love for the character from the entire crew, the execution of the fans’ wildest dreams looked too easy. “No Way Home” easily deserves five out of five stars.

Writer of the Week: Emma Richard