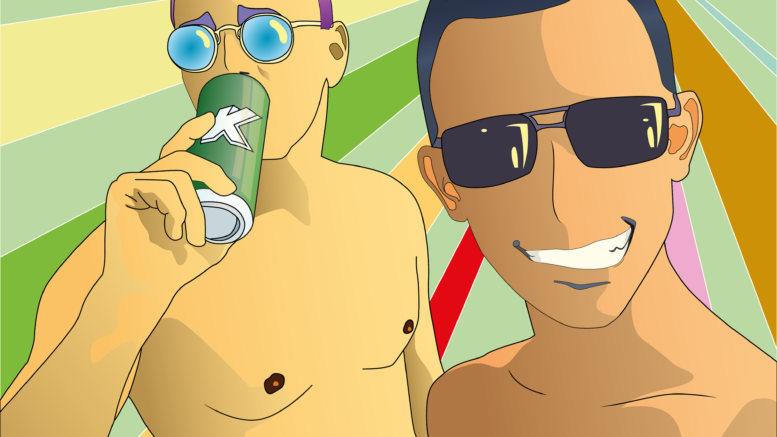 Hey guys, what’s going on? My name’s Kyle, you probably know me from Alpha Sugma Sugma, the only good frat on campus! Heheh, yeah! GO SUGS! Anyway, I was asked to write for the Free Press in my communications class as extra credit and my mom said it would be a good idea, so here I am.

I walked up to my professor and asked what I could even write about. He said COVID? I said nah. He said Ukraine? I said “u insane” haha yeah. But then he told me that the administration is hiring someone as a representative for Greek life at McDaniel College, a ‘Greek Life Coordinator and Representative.’ Yeah, okay man, sure.

So, I hiked my way to Ensor Lounge (remember when it was called Ensor Lounge?? LMAO dude, I am SOOOO old and totally cooler than anyone who calls it Roj). I walked into the admin office, they asked if I had an appointment, and I lied and said “yeah.” They asked, “with who?” and I was SOOOO tempted to say “your mom.” But that’s not cool anymore, so I asked for the new Greek life hire, or whatever. They pointed me to his office and I sauntered on in.

After dapping a brother up, we sat down and I asked some questions to the dude. His name was Jake, btw, really cool guy we’re practically best friends.

He told me that his role at the college is to, “relate to our frats on an administrative level,” but Jake added that, “he knew McDaniel students SUCK at partying (valid) and that literally no one knows how to even shotgun properly (true. not me though, I’m so good at it).” His goal was to bring the party to McDaniel from the inside out and since the entire administration is older than like friggin 60, they are just going with whatever he’s saying. So, that’s fucking cool.

Can I say that in here? I don’t care whatever, editor! Edit that out!

I chilled with Jake a little while more, swapped snaps and he walked me out of the office. I’m so excited to see this guy at some Sug Parties! Duuuude, he probably picks up MAD chicks because of how old he is, dude’s probably the best wingman.

Anyway, I hit my word count like 10 words ago so let’s get this wrapped up. Three percent extra credit, here I come!