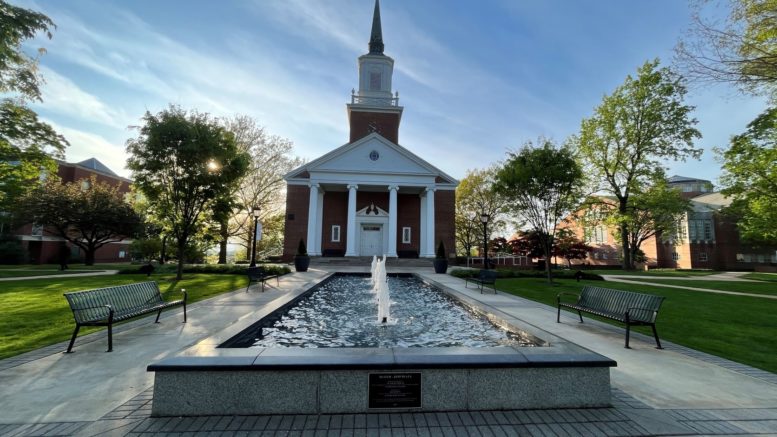 As the class of 2022 prepares for graduation in a few short months, many of us can still remember the upset and upheaval that encompassed our first spring semester on the Hill.

In Feb. 2019, the McDaniel Board of Trustees voted unanimously to deactivate several programs, including the music major and minor, the German major and minor, the religious studies major, the art history major, the French major and the Latin minor. These program cuts resulted in discontent from current students and alumni alike. This decision was made, in part, during a strategic planning process.

Honestly, it didn’t really impact me when I first caught word of ‘academic restructuring’ plans for Spring 2019. In fact, I was pretty excited to be one of the first to graduate with a new major because of it. However, the next four years were paved with heartbreak and disappointment as I watched my peers struggle through college as their resources depleted and departments disintegrated around them. I didn’t know that it would be such a layered problem until it was too late; I don’t want the same thing to happen to you.

Strategic planning is how the College decides where they want to allocate their resources and dollars for the next five to 10 years. It determines what the college will look like for years to come. According to McDaniel’s website, it is “an undertaking that will help the college discern what we collectively care about and put it into motion.”

As I’ve developed as an editor for the Free Press over the past few years, I’ve gotten to watch and report on the college’s changes and growth as well: administration restructuring, the College’s quick shifts amidst a global pandemic, even the installation of a new president. As journalists, it is our job to keep our communities informed, spark conversation, and, (when necessary), stir the pot. The Free Press remains committed to disseminating the facts of the matter and capturing student reactions throughout the process, just as we did three years ago, but the work cannot stop there.

Although I am lucky enough to be one of the first to graduate McDaniel with one of those newly designed majors, the same cannot be said for dozens of others. They came to the Hill with a firm belief in the liberal arts, and ultimately had to watch the programs they loved and believed in slowly dissolve. Imagine coming to college, excited to learn and grow, and diving headfirst into a major that you feel passionate about. Suddenly, that opportunity is ripped out from under you.

In 2019, one of the biggest grievances amongst students was the lack of transparency surrounding the major cuts. I hope that McDaniel can learn from the past and make the process more accessible for everyone. Already, I fear that these basic pleas aren’t being taken seriously. Even a quick Google search for ‘2021-2022 Strategic Planning Process’ bounces back the message, ‘You are not authorized to access this page’ on McDaniel’s website. Hold administration accountable, and make sure that your voice is heard during the process. Don’t let this get away from you.

As I reflect on my McDaniel experience and prepare for graduation, I want to offer one piece of advice: Get involved with the strategic planning process as it unfolds over the coming years. Stay up to date. Fill out surveys. Attend SGA meetings. Fight for the things that you love about your uniquely liberal arts education. If something is important to you, let the administration know. It’s never too late to get involved.

I know all those long emails in tiny font may look tedious and are already arriving less frequently, but this concerns you too. We deserve to have a say in what McDaniel’s future should look like, so don’t be afraid to get involved and allow your voice to be heard.