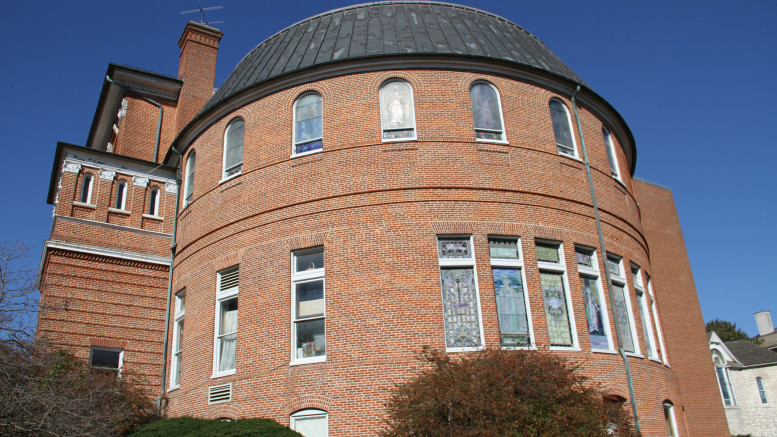 Kendall Harnsberger opened the show with a few words of welcome. The play she directed, “Randy’s Adventure with Unfortunate Ink,” featured actors Luke Weinberg and Emma Walther, with assistant stage management by Kate Jacob. This skit featured a recently-tattooed man desperate to remove or cover up the image of a singer who was found with child pornography the day after Randy immortalized him on his skin.

The next play, “The Artist Formerly Known as T,” was directed by Amanda Halcott. In this humorous skit, a rapper named T, played by Jacob Dickinson, is confronted by his manager Hayes, played by Sam Robertson. T’s full stage name is T-Rump, which threatens his career when Donald Trump is elected president. Hayes suggests numerous alternate names, such as C-Rump and T-Behind, while T asserts that he just wants to be himself.

In “MJX,” directed by Olivia Michel, two alcoholics (played by AJ Evans and Alina Philip) discuss whether an artist’s actions should affect the way their art is perceived. They offer opposing viewpoints on Michael Jackson, sexual assault, and the dark nature of humankind.

Then, “The Incredible Story of Jacob and Dylan and the Not-Gay Kiss,” directed by Lauren McKenna, lightened the mood once more. Jacob and Dylan, played by Darrick Rowe and Kole Boyd, respectively, find themselves trapped at the top of a tall structure they’ve climbed on a dare when Jacob accidentally kicks down the ladder. Scared of the great height and desperate to hold on until help arrives, they are soon faced with the dilemma of how to split and eat a Slim Jim.

The first four plays were all written by DC Cathro. The next skit, “Trudy, Carolyn, Martha and Regina Travel to Outer Space and Have a Pretty Terrible Time There,” featured a new playwright, James Kennedy. Directed by Patsy Zetkulic and assistant stage managed by Mara Flynn and Myika Pitts, this humorous story was portrayed by Allisa Baker, Emma Walther, Kara Coffman, and Emma Hughes. The female astronauts, after spending 19 weeks in outer space, have become annoyed with one another and have already ejected one crew member for talking too much. To make matters worse, they soon discover that no one remembers the initial mission and they do not have contact with Earth.

Finally, “Home Invasion,” written by Krista Knight, was directed by Zack Callis and assistant stage managed by Mia Lenkersdorf. In this story, two ghosts, played by Becca MacDonald and Imani Jackson, lure two unsuspecting burglars, played by Matthew Zwick and Colleen Clark, to a home full of expensive jewelry and electronics with the intent to murder them.

The theatre understage was packed with audience members supporting the directors, actors, and personnel. Many seats were reserved for family members of those on stage and behind the scenes. The theatre department invites the campus community to enjoy another student-directed play festival in March, as well as a larger production of Jane Austen’s “Sense and Sensibility” in April.

Student Recital Showcases the Musical Talent of Students at McDaniel