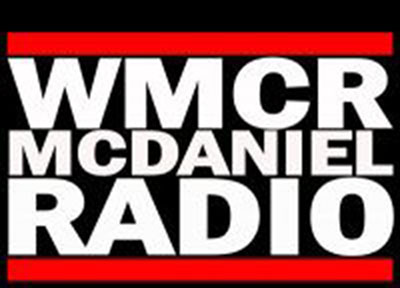 “Is WMCR McDaniel Radio off air for good or just momentarily?” asks junior Lazreta Kote. This has been a question asked by many McDaniel students since last semester. Plagued with constant transmitter issues over the years, WMCR radio was once again forced off the air due to a broken transmitter in Fall 2013. While the radio station’s issues can be traced back to 2007, with its move from Rouzer to the basement of Lewis Hall, it is hoping to be back on air by Spring Break 2014. However, WMCR faces many challenges and obstacles in re-launching its broadcast.

Last semester, the radio station discovered that the transmitter had not been functioning. Although the AM signal was checked and cleared by an engineer in the summer, by “October or November 2013” the transmitter had stopped working, stated WCMR advisor Dr. Deborah Vance.

Recently, the station has also been faced with the tough reality of changing times. With AM radio becoming extinct, the Internet or intranet are looking like better options for the station. As Vance stated, “no one listens to AM radio and it’s an AM station, the question has become: should we be really focusing on AM or should we be actually forgetting about it, and just focus on the Internet or intranet?”

Broadcasting podcasts has also been an option for the station. WMCR is not new to podcasting. They did podcasts back in Spring 2013. As Vance stated, “There’s a way to record a show and archive it, and we can put it on the Internet.” However, this takes student involvement, which is something that the radio station is lacking.

WMCR’s student involvement is deficient for two reasons: there is no radio station currently broadcasting, and the station does not have a full time engineer. Although the station is not running, it has a lot of interest. During an interest meeting back in Fall 2013, “there were a good number of people who came out that were interested—particularly freshmen,” explained Brandon Davis, WMCR president. However, without station broadcasting, WMCR is stuck between a rock and a hard place.

The station not having a full time engineer is also a concern. As Vance stated, “There’s no one physical person that knows how to work on the transmitter, so I rely on outside engineers.” Currently, Vance is working with McDaniel’s IT Department to resolve the stations issues.

While the radio station hopes to be up and running by Spring 2014, there is no projected date for the launch. The Vice President of WMCR, Sarah Crockett, is currently researching options, both through the Internet and intranet, for the campus. She stated, “Right now I am looking at the technological side of things—how exactly one hosts something on the Internet or the intranet. I am looking at different websites and programs that could help us do that, such as Live365, which is used by Stevenson University. I am also looking at NiceCast. It’s also a matter of contacting other colleges and asking them what they recommend using.”

For more information regarding McDaniel WMCR Radio or how to get involved, contact WMCR President Brandon Davis at bed001@ mcdaniel.edu or WMCR Vice President Sarah Crockett at slc003@mcdaniel.edu. “You do not need experience to join the station we will teach you,” Davis explained. You can also contact the station’s advisor, Dr. Deborah Vance, at dvance@mcdaniel.edu.