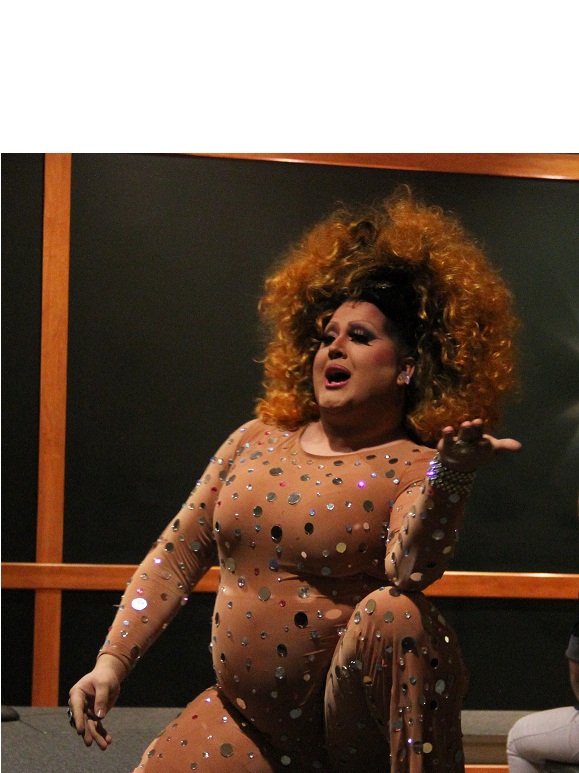 The second drag show in the history of McDaniel, hosted by Allies on April 23, got off to a rocky start.

Two of the three performers arrived late and, as a result, the show had to be postponed for a little over half an hour. To further complications, the doors to the room where performers waited to be called onstage were continuously jammed, causing more delays. 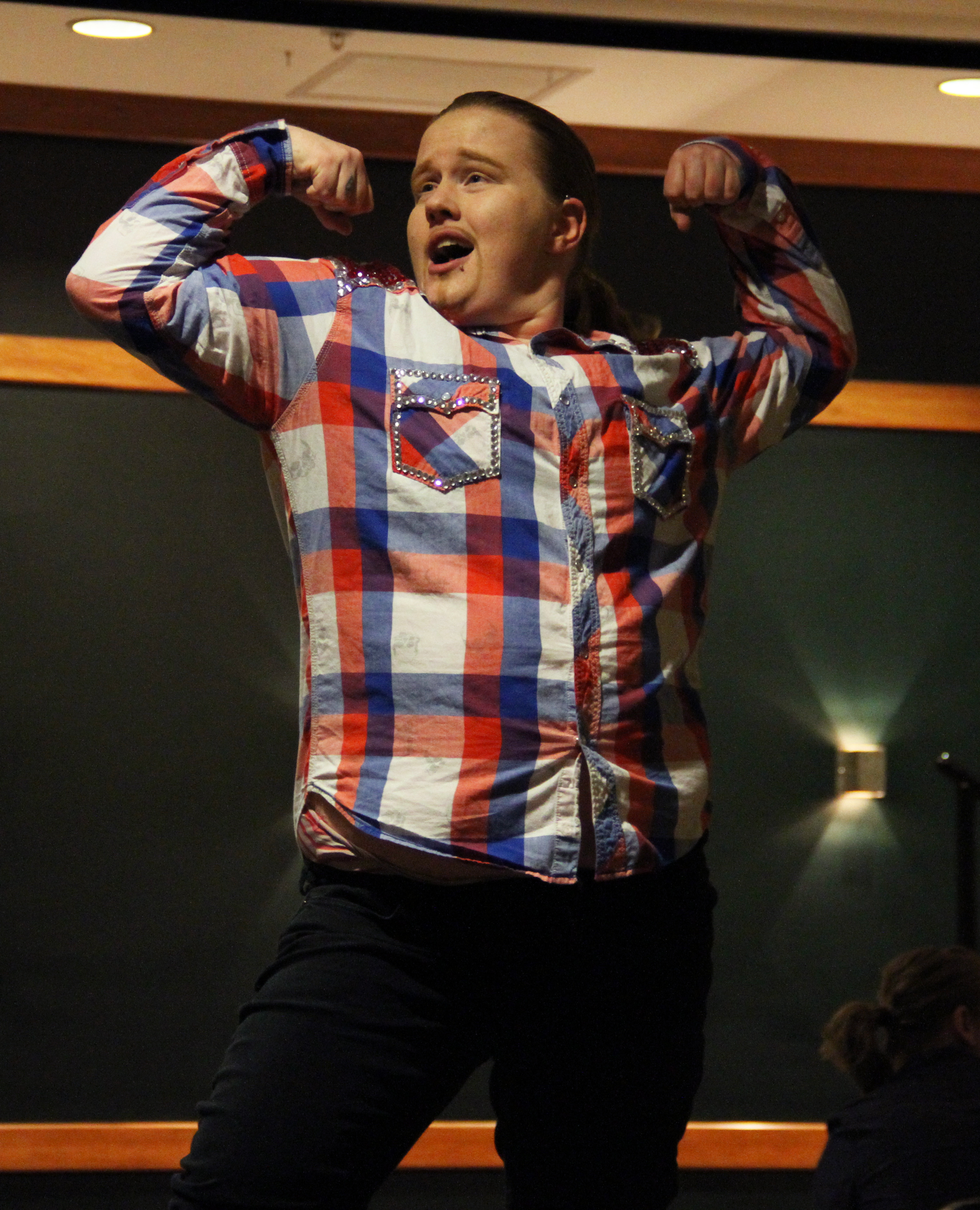 The audience took a little while to warm up to the format of the show, but soon enough everyone was clapping, laughing, and having a great time. The second half of the show was when everyone, both audience and performers, really seemed to get comfortable with each other and start to have fun.

The show consisted of one drag queen, known as Kit Valentine, and two drag kings, Vincent Ferrari Chalet and Ryder Chalet, a married couple who affectionately refer to each other as “hersbands.” The three performers danced and lip-synched to popular songs in several stunning costumes.

Because last year’s show attracted such a large audience, the event coordinators made sure to provide plenty of chairs in anticipation of another large turnout. This year, however, the audience consisted of approximately 35 to 40 people. Luckily, nearly everyone seemed to be outgoing enough to cheer and shout, helping to stave off any awkward silences and keep the revelries lively. Shyness is not a characteristic of a drag show, that’s for sure.

As promised, the performers interacted with the audience throughout their acts by touching people, sitting on their laps, and pulling people out of their chairs to dance along with them. Audience member Sierra Johnson said she had been to a drag show previously, but “this was very interactive.”

The most memorable moment of the night occurred when Kit Valentine pulled one of the few male audience members up to the stage, laid him down, and straddled him. The crowd went crazy. 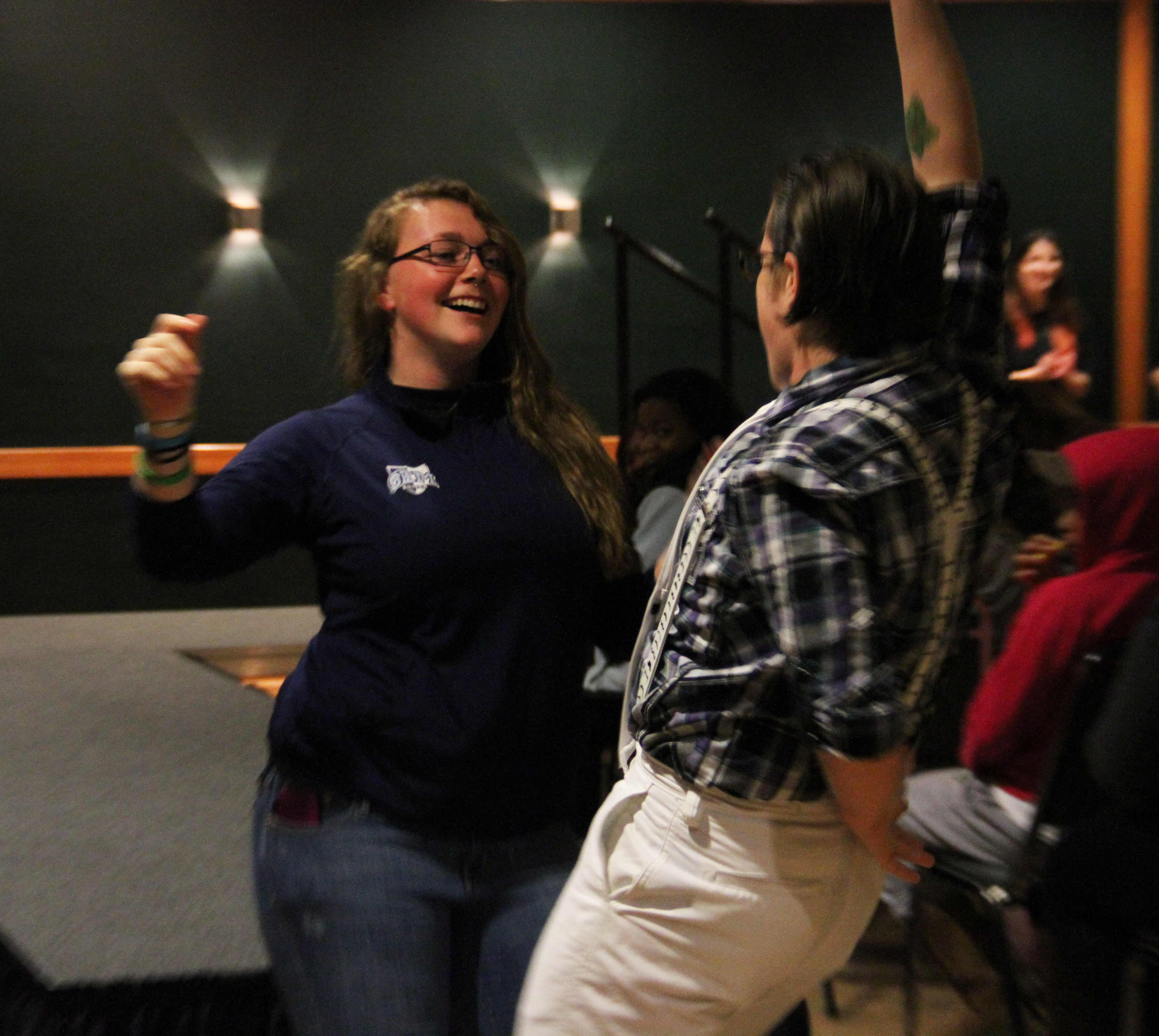 Ally Yuscavage, another favorite target of the performers, got up and danced with Vincent Chalet. “I had a blast. They were all really nice and that was better than I expected. I really enjoyed that,” said Yuscavage after the show.

Emily Sanders, Secretary for McDaniel Allies, was pleased with the show and, when asked if McDaniel should expect another drag show next year, answered, “I think so. We are very committed. We want to support the Trevor Project. We want to do all sorts of advocacy work and the Trevor Project is something really relevant to college students.”

All proceeds, including the performers’ tips, go to the Trevor Project, a national nonprofit organization which focuses on eliminating suicide among LGBT youth. According to McDaniel Allies, this year’s drag show made $170.75 for the charity.

The Return of the Queen Drag Show was a success. The only thing students would have changed was the amount of people who attended. Low attendance was most likely due to the timing of the show, which took place on a Wednesday night during the Mr. McDaniel competition. Still, those who chose to watch people in drag rather than McDaniel swag clearly enjoyed it, and even lined up to take pictures with performers after the show.

By the end of the show, no one seemed to mind that the night hadn’t gone quite as planned. The ability of the event staff and performers to overcome so many initial complications and show their audience a good time proves that they’ve got heart as big as Kit Valentine’s hair.