On Friday Nov. 11, at 7 p.m., the McDaniel College Department of Music hosted a solo recital in Levine Recital Hall. It featured a selection of vocal and instrumental soloists who performed a wide variety of music, spanning from classical to contemporary. 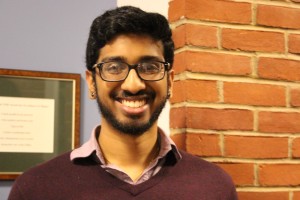 Jehan Silva, a current senior who performed during the event, said he started taking voice lessons since the beginning of this semester. Silva added, “I think I could have done a better job than what I did tonight, but everyone else was great. It was a great turnout because I know that all these people put so many efforts into this recital.” He performed “Anthem” from Chess, which was lovely. Silva has been practicing that particular song with Dr. David Krieger since the semester started.

The room was packed with parents, friends, and teachers as they cheered on the students who demonstrated the culmination of all their musical learning both throughout the course of their life and their time at McDaniel.

Norman Lezama, who played the saxophone, made sure he synchronized his playing with that of the piano, otherwise the whole song would not have gone well. It was very impressive because it takes a lot of practice and listening skills to play it right on time.

Dr. Krieger, a professor of music at McDaniel, stated, “The recital went as smooth as I hoped. These students have put all their best effort into this and I am very proud of them. McDaniel might not be very big when it comes to music, but we definitely have some talented students here and I can’t wait to see them grow.”

Performing at a recital can be great fun, but it can also be very stressful. All the students who participated in the recital started preparing for their pieces when the semester started. The first four to six weeks of the semester were spent on practicing their solos, with relatively few mistakes. The next couple of weeks were more about focusing on memorizing their pieces and focusing on every detail of them. 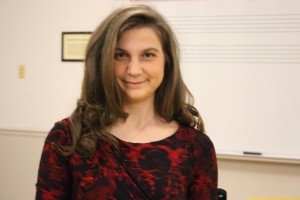 Savannah Dawson, a third-year student who performed her own solo as well, started taking voice lessons when she transferred to McDaniel. Dawson said “I am very proud of all of us tonight. I know all of us put extra work into this and the outcome was great. I practiced so many times over and over until I knew I was comfortable to stand in front of people and do this.”

The concert was very enjoyable because it was uplifting. It represented a fresh breath of air from the minutiae, tedium, and stress of daily life. People attending the event were able to clear everything out of their heads and simply allow themselves to be awash in the peaceful tones emanating from the performers’ vocal cords, pianos, cellos, saxophones, and clarinets.

Being a music student takes a lot of time and can be very stressful. Music students must be take academic music courses in addition to performing courses, such as the one that lead to this wonderful performance. In addition to these courses, they also have to make sure they complete their McDaniel plan, which can bring more stress to the table. However, it can be very rewarding once they get to the point where they  would like to be.

If you would like to listen to more students performers, make sure to check out the following concerts: College Choir on Dec. 4, Jazz Night on Dec. 8, Gospel Choir on Dec. 11, among many others.

Writer of the Week: Shakespeare & Cervantes