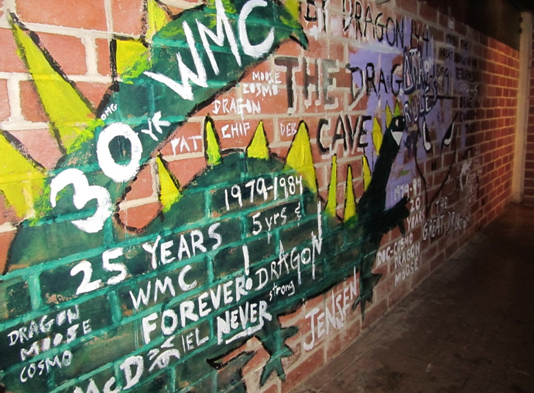 Found under the stairs of the Pub in Decker Center.

Graffiti, the anonymous artwork painted, scribbled, and etched into the bare surfaces of the urbanized world, is an indispensable form of expression. There is certainly something to be said for a practice created by cavemen that continues to thrive today. Like clues gathered from thousand-year-old pictures left on stony walls, street art communicates a great deal about the communities in which it appears.

At its best, graffiti is beautification of decaying metropolitan landscapes using inspiring and positive imagery. Of course, there is a reason cities spend millions of dollars annually on scrubbing away unwanted artwork; not everyone is as interested in spreading positive messages as they are interested in spreading negative messages. But, even then, nameless works undeniably give voice to those who might not be otherwise heard. The binary nature of this art form is fascinating. 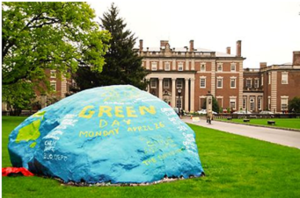 Painted Rock at Fairleigh Dickinson University of New Jersey serves as a means of expression for students. (http://bit.ly/14Ikws4) 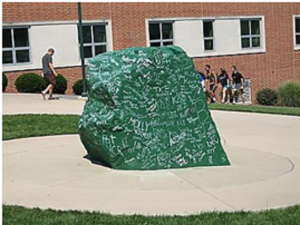 Certain high schools and colleges across the country offer students designated areas, such as long-forgotten walls or well-shaped boulders, on which they can create art. There are reasonable conditions set in place; for example, no hate speech, overt violence, pornography, or pro-illicit drug references may adorn some of these surfaces. Often, tradition maintains that students’ artwork can be painted over by another group of students within 24 hours. Layer after layer of paint could eventually be scraped away from these large canvases to reveal memorials, messages and, of course, memories. 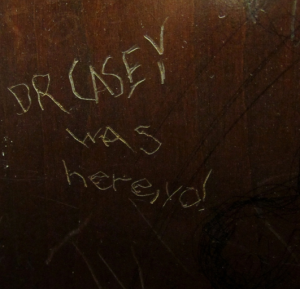 A study desk on the third floor of Hoover Library. 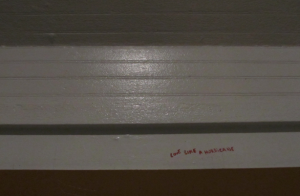 Found on the ceiling of the Gazebo by McDaniel Hall. 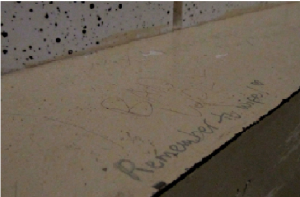 A stall in the women’s restroom outside of Glar.

McDaniel does not have a designated area to tag but that hasn’t stopped unsigned artwork from appearing on the Hill. With the bunnies and Ravens stencil scandals of May 2011 still fresh in the minds of many students, it seems worthwhile to examine the issues surrounding graffiti.

Without an outlet for mass creative expression, where have we turned? What has been scrawled anonymously in our bathroom stalls and on our walls? Really, what does the graffiti of McDaniel say about us? 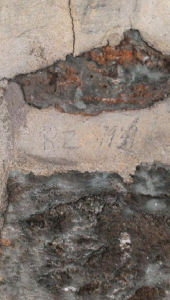 On the wall of the fireplace in the gazebo at Harvey Stone Park. 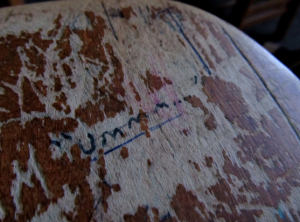 A desk on the second floor of Hill Hall. 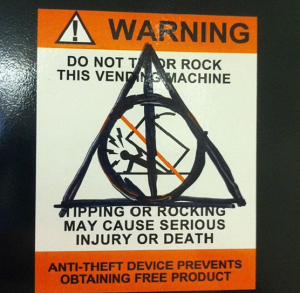 Found in the laundry room of North Village (courtesy of Alissa Beckett).

These people, some of many in a long tradition of students on the Hill, have no problems with expression.

Some messages are uplifting, left with a smile and the intention of brightening others’ days in a small way. Other messages are less inspiring, often accompanied by suggestive doodles. Some are too silly to not evoke a quiet chuckle. 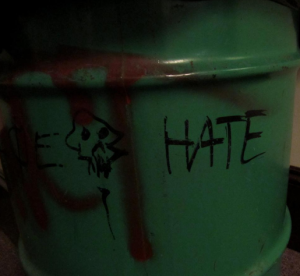 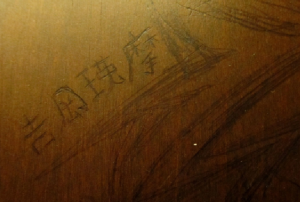 A study desk on the third floor of Lewis Recitation Hall.

A stall in the women’s restroom outside of Glar.

There are proclamations of love and there are constructive criticisms concerning the class during which the etcher created their labor of love. With Jersey numbers, Greek letters, and Harry Potter references abound, no one can claim that McDaniel students lack pride for what they love.

A quick jaunt about the Hill will tell you a lot if you know where to look. You’ll gain a unique appreciation of a diverse student body armed with paint, pens, and a pretty decent sense of humor. 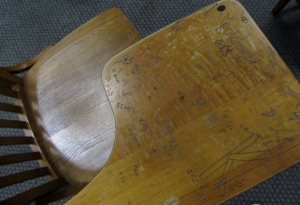 A desk on the second floor of Lewis Recitation Hall. 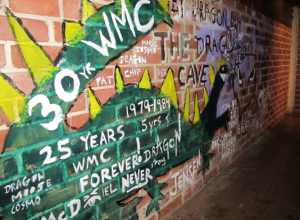 Under the stairs of the Pub in Decker Center. 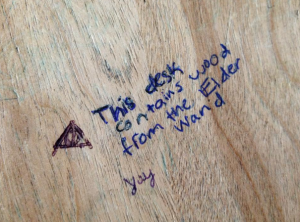 A desk of the second floor of Hill Hall (courtesy of Annie Brown).