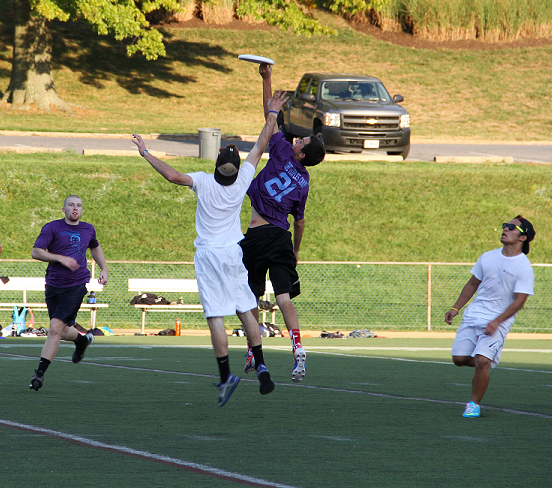 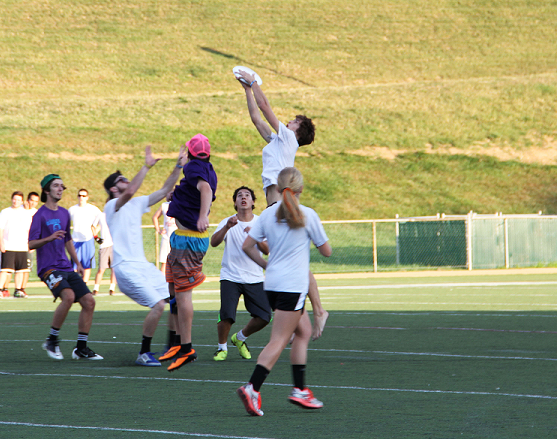 The clouds started to roll in on Saturday, Sept. 28, 2013 as the McDaniel Ultimate Frisbee team, Dojo, took the field against Stevenson at five o’clock for their first home game. They used the football field, but in this game they didn’t use a football and the rules definitely weren’t the same as football. The players started at the two end zones, waiting for the Frisbee to be launched, and the cheers from the stands got louder as more people showed up to root for the white-shirted Dojo players. The crowd never got past twenty people, as people came and went throughout the game, but as the game continued the crowd became more and more excited, erupting into cheers when Jess Casterline scored a touchdown right off the bat.

Throughout the game, the two teams cycled through many of their best Ultimate Frisbee players. Sometimes they played with five girls and two guys, and other times they play with one girl and six guys, but there were always seven players on the field. Dojo is extremely proud of its number of girl players, which is rapidly increasing; they had more than double the number of girl players that Stevenson brought. The game was friendly, yet competitive, and the cycling through players gave everyone a chance to rest and stretch so they didn’t get too exhausted.

Ultimate Frisbee has no time limit, but most games last about an hour. The first team to fifteen points wins and each touchdown is worth one point. Notable touchdowns went to Mollie Murphy, Sandro Navas, and Brandon Holt, who had the winning score, while good defense could be seen in Ricky Tisinger, Justin Doak, and Jess Casterline. But Stevenson was on top of their game, holding the game in a six to six tie until a Dojo player, Kevin Bell, was able to score a touchdown. Dojo claimed victory with a final score of fifteen to thirteen.

Dojo’s players were able to achieve success through their cohesive playing that comes through hours of practice. Not only does the competitive team meet for practices, but they have pick-up games every Wednesday and Thursday night starting at 9:30 p.m. that anyone can attend. It doesn’t matter how much you know about Ultimate Frisbee or even if you’ve never thrown a Frisbee before. They welcome everyone to play with them and they’re more than willing to teach. So if you’re curious, head to the football field at 9:30 p.m. on a Wednesday or Thursday, or come to the next home game, which is in the process of being organized.  Date and time will be announced soon.