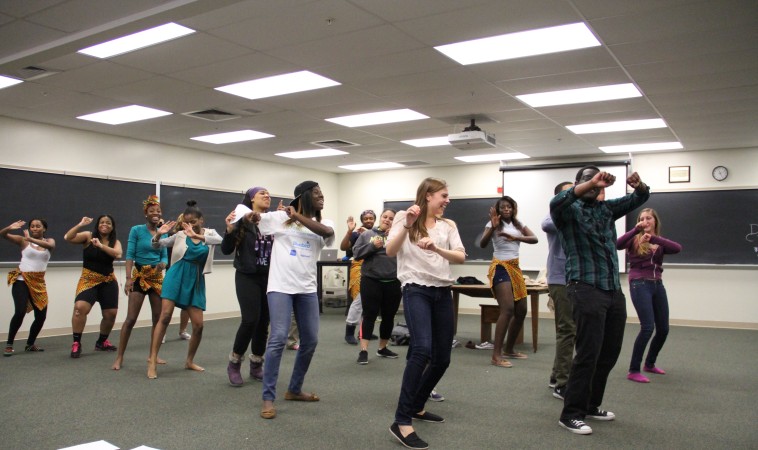 Students rehearse for "United," a multicultural show to take place in Red Square on Friday April 11.

The theme of “United” is to bring different groups together on campus. Sororities and fraternities team up with diversity groups.

A goal of “United” is to show that McDaniel College is a diverse community where people come from all different ethnic backgrounds.

Serena Hueitt, President of Black Student Union, said that usually groups are separate with events. She said that Africa’s Legacy wants to bring everyone together to have a great time and learn about the cultures that each organization represents.

Members of Greek life are also enthusiastic about participating in this multicultural event. Dominic Seelig, the President of the Phi Delta Theta fraternity said that he wants to be involved with other groups on campus, not just Greek life.

“Both sides will benefit in learning about each other,” said Roger Isom, Vice President of Africa’s Legacy, of the Greek organizations and multicultural groups.

Hueitt said that she wants to bring the whole college together and continue to do so in the future.