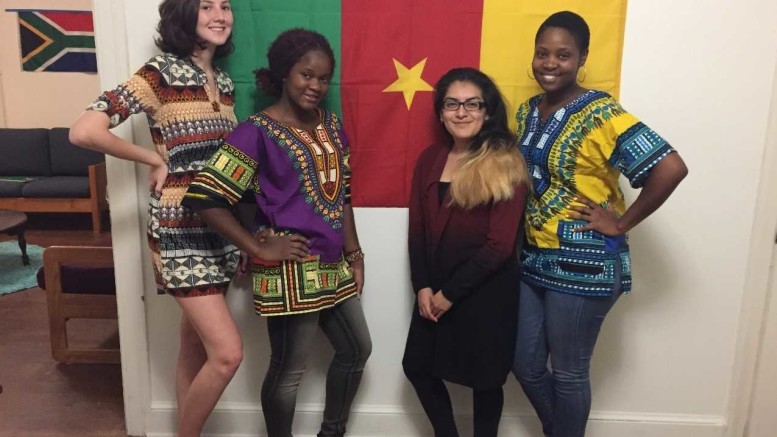 Upon entrance, you are greeted by smiling faces, upbeat music and the aroma of plantains frying on the stove. The building you have just entered is 169 Pennsylvania Avenue, and those smiling faces belong to the house’s newest occupants, members of the Africa’s Legacy club. Africa’s Legacy has been an involved on-campus club for over a decade at McDaniel, hosting countless events and aiding several local charities.

The big change this year, however, is that for the first time ever, Africa’s Legacy has applied for and received affinity housing. Affinity housing at McDaniel College is handled by the Office of Residence Life, and any on-campus club can apply for affinity housing. Clubs are then sorted through and the most involved and most reputable clubs are chosen to receive housing.

There are several reasons why most clubs try to receive affinity housing. It is a sort of status symbol on campus, aiding in the recruitment of new members. Affinity housing also makes it much easier to host and plan events, be they large advertised cookouts or just a small informal dinner for members.

“It will really help bring more people to the club.” Kodjo Nuga, President of Africa’s Legacy says, “People see that our club has a house and it’s like [people think] ‘they’re a legitimate club’”.

From here on out, anyone that spends any amount of time at the house will be able to pick up on the great vibe exuded by all five of its residents, as well as the other club members or guests visiting. “We don’t have just one roommate like before, we are just like a family,” says house manager Anhette Palma. “We’ve been planning to get a house for a while, it is way easier than dorm living.”

Receiving affinity housing has certainly aided the club, and they are not the only ones who will reap benefits. The club has been in talks with and are planning to help local Westminster charities such as is the Grace Lutheran Ardent Folk Church, located on Carrol St. in Westminster.

Many members have stated their strong feelings for giving back to the community: “It [Africa’s Legacy] gives back to the community. We could have picked up trash or something like that, and not that that is bad, but we wanted to help people directly.” Palma said. “Working at the soup kitchen helps to feed hundreds of people, and is just a lot more fun.” In addition to their charity work, the club has already started to work towards the number of hosted events required by the Office of Residence Life.

Many people made their way down to the house on September 4 for a cookout where they enjoyed kabobs, cookies, friends, and music. Some even picked up a football for a friendly game of catch. The atmosphere was infectious, and all who attended found themselves smiling and laughing. Africa’s Legacy’s next planned event is its 8th Annual Dinner and fashion show, which falls on Nov. 16. Receiving and living in the house has greatly helped to get Africa’s Legacy’s name out around campus and has helped to strengthen the bond between club members. “Having the house makes it much easier and better to build relationships,” said Sisanda Marolen, another house manager, summing up the atmosphere around the house. “It has definitely brought us closer together. It shows the campus who we are, showcases what Africa is all about.”

Africa’s Legacy is open to anyone who appreciates the history and culture of Africa, and those who are interested can acquire more information by contacting kpn001@connections.mcdaniel.edu.

Affinity Housing Could Be For You