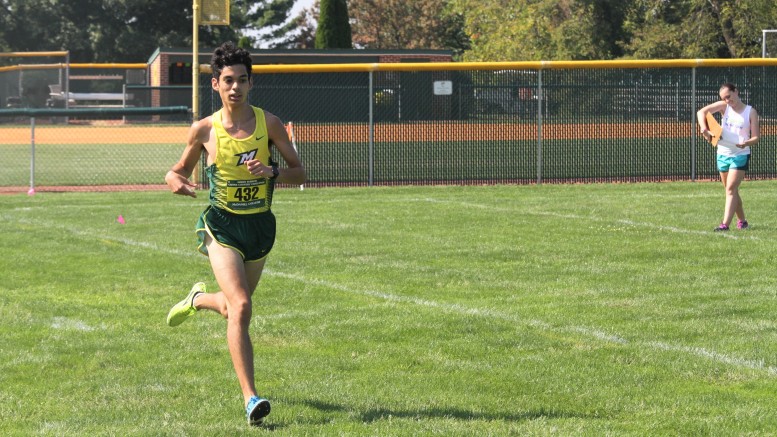 Following shortly behind Gibson was McDaniel sophomore Shaun Thompson who finished the 5K with a time of 17:56.47 and the 3K on the 10:25.29 mark.

The Green Terror Challenge continued to showcase McDaniel athletics from present and past students with the women’s competition.

Following Debinski’s early finishes she immediately began supporting all runners as they crossed the finish line.

“Even though we’re all competing against each other, we ultimately want to support each other,” Debinski said. “We know what it feels like and we know how good it is to be cheered for so we want to provide that for others.”

After Gibson burned through the course, he fist-bumped his competition thanking them for coming to race.

The atmosphere of the Green Terror Challenge offered competition, but ultimately welcomed all runners to the Hill. There was a sense of sportsmanship and support that any sport fan can admire.

McDaniel cross country returns to the trail next Saturday at Kernstown Battlefield.