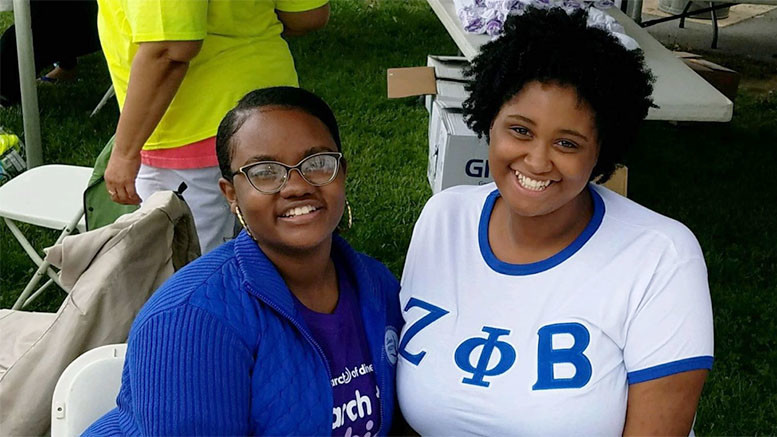 Most of the time, when people hear of Greek life on college campuses, they immediately have negative connotations. However, students and Greek participants at McDaniel College are starting to change those negative views of the community they belong to through lots of hard work and outreach.

Over the past several years, McDaniel College has had a major influx of national sororities and fraternities setting up chapters on campus. Within the last five years, more than five different groups have established roots here at the university.

Why? Most Greek organizations have been trying to re-develop their image as a positive group of men or women who benefit their community rather than a group who are known for wild parties and hazing incidents. McDaniel College is a perfect environment to foster that ideology because of its relationship with its community. This results in a higher interest rate from both national organizations and students alike.

“We plan to make a difference in people’s lives by showing them, in person, that we genuinely care and want to help,” said Kayla Malone, a McDaniel junior and the secretary of Zeta Phi Beta Sorority. “We hope that people pay forward the love that was given to them and, as a result, make the world a better place.”

Most Greek organizations are designated as either service or social. Zeta Phi Beta Sorority, however, is an exception. This sorority is, by technical terms, a social sorority, but is deeply invested in service. They are partnered with multiple organizations that range from on campus groups to international organizations.

Locally, Zeta Phi Beta has worked with Women and Children’s shelters to help clean the facilities as well as collect toiletries for women in need. Whether it’s October or March, Zeta Phi Beta generally has some type of community outreach program on their calendar.

Juniors Katie Weinhold and Jared Payne are both the social chairs of their organizations, Phi Alpha Mu and Alpha Sigma Phi, respectively. Both also attest to their organizations taking part in making a positive impact on their community.

Weinhohld stated that her sorority works closely with the House of Ruth, an organization local to Maryland, which aids victims of domestic violence, most of whom are women and children. Phi Alpha Mu is a local sorority to McDaniel College, meaning that they aren’t located on any other campus across the country. To them, this is significant in determining who they help because they value the community by which they are surrounded.

“We believe that it is not only great for the development of the sorority entirely, but also we believe that it supports our locals here in Westminster that typically do not receive as much support as they should,” said Weinhold.

Recently, the Phi Alpha Mu sorority partnered with a local public school, Francis Scott Key High School, to set up a “relay” event, which supports the National American Cancer Society. Weinhold and her sorority find an even balance of local and national philanthropy makes the greatest impact and leaves a lasting impression.

However, it’s not just sororities who are making this effort to change the perceptions of Greek life and help the community on and off of the McDaniel campus. Payne, a member of Alpha Sigma Phi, said that for his fraternity, philanthropy is particularly important.

“We know that not one person can do it all, and if we can do just a small amount we know that in the long run simple acts of philanthropy can help other organizations go a long way.”

Alpha Sig, as it’s known across campus, is well known for their local work with the Boys and Girls Club of Westminster, as well as their participation in a number of national charity events. Most recently they took part in an Out of the Darkness walk on Sept. 10 to help raise awareness against suicide. Similar to Phi Alpha Mu, Alpha Sigma Phi members find an even and steady flow of philanthropic involvement to best suit their goals of helping the community grow throughout the year.

To these Fraternities and Sororities, the focus is clear: they have a drive to better their communities and leave a lasting impact.

“Service is one of our principles and we take our principles very seriously because they are the basis of what our Sorority was founded on,” Malone said. “We also do service because we have a sincere desire to serve our communities.”

Putting the ‘Art’ In Liberal Arts