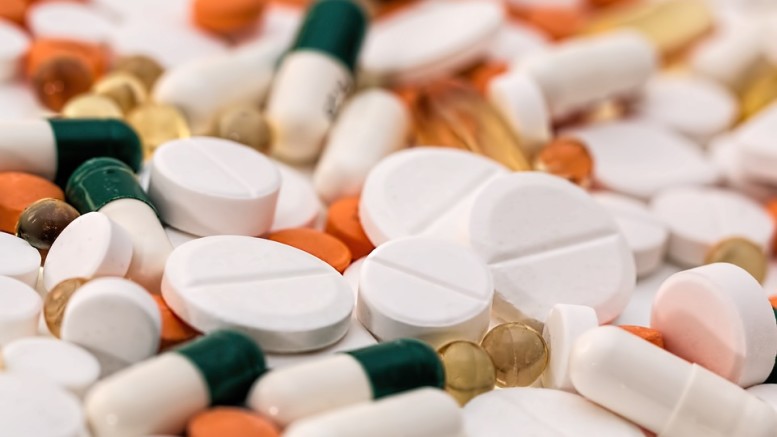 Televised communication and print media has spawned a nation of self-proclaimed medical personnel. Anyone can access an endless supply of health related information from magazines, television and the internet; however, the validity of that information is questionable. There needs to be a mediator to determine the safe from the unsafe, without the expenses of arranging an appointment with a medical professional.

Programs, like The Doctor OZ show and The Doctors, are simple solution to this complication. Broadcasting to an audience of 3.5 million for the Doctor OZ show and 2.6% of the U.S. population for The Doctors, each day, both shows capture a wide viewership and provide insightful remedies to the vast majority of human ailments. These shows would be the perfect solution to all of your medical based quandaries, if they weren’t victimized by an invisible threat.

Unfortunately, there are complications within these programs and the countless others which follow in their wakes. Your friends and family may already be trapped in a dangerous cycle of false advertisements and parasitic consumerism; however, there is a solution to prevent these negative consequences without abandoning the insightful content of these medical media outlets. By understanding the antagonistic catalysts of exotic product endorsement and identity theft, you can fully enjoy the wisdom of these medical professionals, without putting your health at risk.

How often do you encounter a televised dietary supplement you’re familiar with? The selection of dietary supplements for the Doctor OZ show is a thoroughly calculated process. Doctor Mehmet Oz and his staff base their selection on two elements, medicinal properties and how well known they are to the public.

According to several third year medical students from the Lake Erie College of Osteopathic Medicine, Tony Locrotondo and Jacqueline Kormann, “His success is not based off his viewer’s health, but on an entertainment rating.  ‘New and exotic’ entices people to watch the show.  These exotic products may have benefits for some people, but it is the matter of knowing if it is the right product for you.”

They continue to say that “While he may be a doctor, unfortunately he is also a television personality.” Shows, like The Doctors and The Dr. Phil Show have also jumped on the exotic product bandwagon. The fuel behind television viewership is the bizarre and alluring, and these shows, utilizing television personalities, makes great use of that.

The problem which arises from the excessive use of exotic products pertains to availability. As a pharmacy technician, I encounter a significant number of individuals who ask about products seen on television. According to pharmacist Rebecca Kinloch of Med One Pharmacy, this is not an unusual phenomenon.

She explains that “several times a week, sometimes several times a day, people will come in asking about products they see on TV.” This only adds to the notion that people are very impressionable by televised media; however, there is a greater issue present. When the pharmacy does not distribute the supplements, because they are too foreign to the majority of consumers, people resort to purchasing them through Amazon and eBay.

When you open yourself to the world of online medicine distribution, there are many dangers. According to Doctor Oz himself, there are “unscrupulous individuals” who may be “shipping you products that are not only illegal, but may contain toxic stuff in them, which means they could be dangerous for your health.” When you purchase medicine through pharmacies and large chain drug stores, you get both accountability and accessibility.

Recently, I encountered the literary works of another famous medical personality; by the name of Dr. Andrew Weil. He has sold over 100 million nutrition based books over the last few decades. Andrew Thomas Weil is an American medical doctor, a naturopath, a teacher, and a writer on holistic health. In 2005, Dr. Weil ranked among the top 100 most influential people, according to Time Magazine, so it’s no surprise that many people take his advice very seriously.

While searching through Amazon, I encountered a series of products, including an anti-aging cream and herbal medicine that were supposedly endorsed by the doctor; however, after viewing his website, I know that he solely endorses his own products and not the products of other drug companies. This is where the concept of identity theft comes into play. The creation of falsely advertised products hurts both the consumer’s health and the credibility of the unknowing medical personality.

Another example I found was featured on the Doctor Oz Show. If you type in Garcinia Cambogia on eBay, you’ll encounter an alarming number of distinct retailers using Doctor Oz as a sales point. In an interview with Fox 13 News, he elucidated that he has “never sold products” and that the products on his show are “non-brand identifiable.”

The products which use these doctors’ profiles are marketing scams, oriented towards preying upon unsuspecting individuals. So the cycle goes from people searching for medical personality endorsed products on the internet to drug manufacturers tricking them into buying their products, immediately leading to a bad reputation for these physicians. They cannot get rid of the exotic products, altogether, because these products preserve their audience.

If a solution cannot be met without drastic losses, then there should be a middle ground. These doctors should promote more common pharmacy based products over exotic types. This may take away from the interest factor of the show, but it will reduce the number of viewers looking for products through the internet and will strengthen small pharmacies.

Another possible action would be to raise public awareness about brands using respectable medical personnel to illegally endorse their products. Hopefully this tactic will prevent more individuals from becoming subject to this marketing scam.

The Bryn Mawr Controversy: A Question of Perception and Precedent