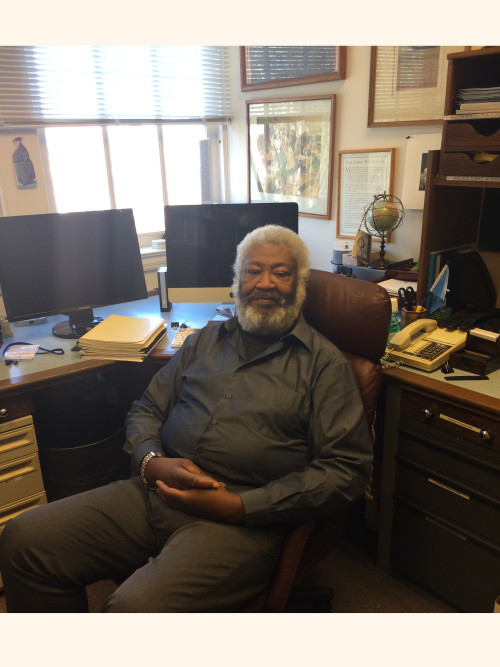 Neal began his teaching career at Gustavus Adolphus College from 1971 to 1973, while working on his master’s dissertation. He later worked a graduate assistant at the University of Minnesota from 1973 to 1978. In 1978, Neal started his career at McDaniel College.

The one thing that Neal will miss the most upon retirement is McDaniel students. According to Neal, “The only thing that we do not celebrate enough is the college’s students. We have really great students—it is not to say that they are the brightest students in the universe, but it does say that they are a good package. Our students are educable and are interested in learning, and we sometimes overlook that. And as a package of being good human beings, I do not think you could find a better student body.”

For the future of McDaniel, Neal hopes that things will change for the better. This includes the college’s assembly line approach to education. He stresses how McDaniel is following the national trend of becoming more corporate, which is creating distance between students and faculty. According to Neal, “Distance is growing between faculty and the student body, where students are seen as products in a factory.” He further notes that this “has been an historical approach at big universities but not at small liberal arts colleges.”

While the McDaniel community will miss Neal, his mentee Political Science and International Studies professor, Dr. Anouar Boukhars will miss him the most.

“[Neal] has been a great friend, mentor, and colleague to me in both my professional and personal life. I have a lot of respect for how he cares about students and I give him a lot of credit for that. He has been always invested in their academic and professional lives,” says Boukhars.

According to Boukhars, “[Neal’s] life revolves around his students, which makes him one of the greatest professors.”

While Dr. Neal’s career at McDaniel is ending, he has various post-retirement plans that will keep him busy. He intends to move to Jacksonville, Florida and develop a Constitution Law Textbook with his friends who are also retiring professors. Neal’s presence on the McDaniel campus will be missed, but his contributions to the McDaniel community will live on.

A New Perspective: A Profile of McDaniel’s Foreign Language Houses