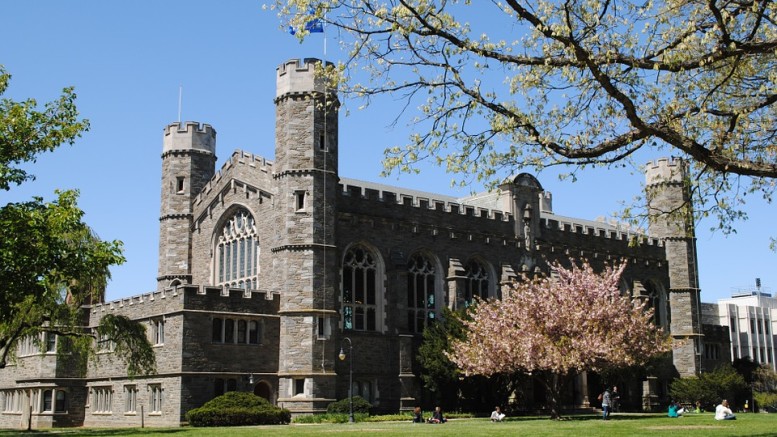 When two students at Bryn Mawr College in Pennsylvania decided to put up a Confederate flag in their window recently, it is unknown whether their actions were at all derived from racial bias, or if the flag was simply their representation of their heritage and culture. The subsequent backlash by students across campus, however, forces us to examine the incident, the ideas behind it, and the precedent the college’s reaction sets.

The Confederate flag itself is a divisive item at best, and holds a different meaning to people across the country. To some, its meaning is completely divorced from the cause of slavery, and its façade represents the mythical “Lost Cause” of the South, the idea that the chivalrous culture of the South was destroyed by the North through the Civil War and Reconstruction. To others, it is a symbol of slavery and racism, as overt and virulent as the shackles that once bound slaves on the Middle Passage. This distinction is not only notable, but also imperative to understanding the situation at hand; can students be penalized for an expression of their culture simply due to the fact that others perceive it as a racist symbol?

The answer, in my opinion at least, is yes; there is no doubt that the Confederate flag, due to its history and modern usage by a variety of hate groups, has a stigma of racism and intolerance attached to it. At the very minimum, the school has the legal power to have the students remove the offending object from public eyes, or else face punishment. Being a private institution, Bryn Mawr has every right to decide what can and cannot be hung in its dorms, even if such limitations infringe upon the First Amendment rights of the students involved.

However, while I agree with the removal of this obviously questionable object, I worry about the precedent it sets. While the Confederate flag’s heritage is indeed fairly clear-cut, the question arises whether other, more debatable symbols, might be exposed to the same scrutiny? For example, if a student were to hang a Palestinian flag in his or her window, would it be similarly debated? Certainly some would associate the symbol with terrorism, while others would associate it with a struggle for human rights. The same could be said of the Israeli flag, or perhaps even the flag of the People’s Republic of China, both countries with questionable human rights records, yet also symbols of heritage for many on college campuses across the nation. Would these flags too be the subject of controversy in a similar manner to the flag at Bryn Mawr?

We have to ask where the line gets drawn and whether the precedent that has now been set will be continued to an extent that goes beyond simple courtesy and into a zone of obtuse and overbearing political correctness. In a best case scenario, schools will limit themselves by only intervening in cases where the symbols displayed are overtly related to prejudice and hatred; in the worst case, any display of political belief or heritage will be subject to extreme scrutiny and removal on the basis of its being offensive to another party. For the time, the actions of Bryn Mawr were justifiable and judicious, but it must be kept in mind that a standard has been set, one which, if taken to the extreme, could not only be considered draconian, but outright unconstitutional.

Polish and Glam debuts on the Hill